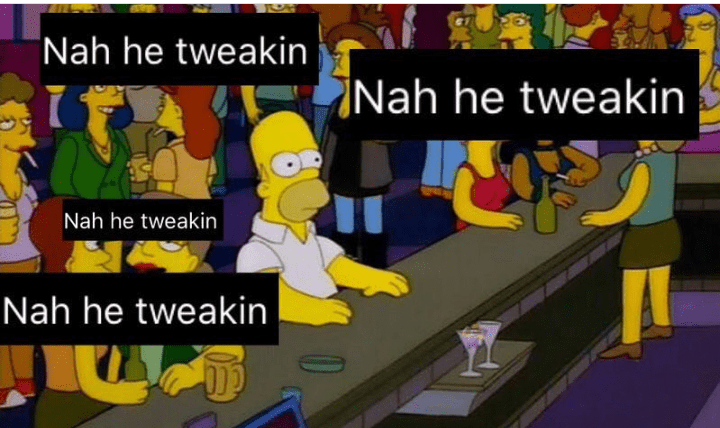 Big and popular pages on Instagram experienced ‘Nah he tweakin’ trends on the platform a few hours ago and it is the weirdest phrase to have flooded most pages and with no defined source or cause.

Many Instagrammers panicked over fears that the platform has been hacked or their personal pages until further checks suggested two reasons for the influx of the weird ‘Nah He Tweakin’ phrase as bot attack or from a rapper’s comment.

It is not exactly clear what this could do for a bot leader — and it’d require considerable resources to run this many accounts, which certainly isn’t free.

Further probing reveals it appears to have started after rapper Lil Nas X commented “Nah he tweakin” on Rap’s Instagram post about news that Tony Hawk is selling skateboards infused with his blood (Hawk’s, not Lil Nas X’s).

It was the hottest thing on the gram for hours aside Kim Kardashian’s new bikini new shots posted which racked a million likes in under few minutes.

Hours earlier, Lil Nas X hit Twitter to express his annoyance at the lack of any apparent outrage over Hawk’s bloody $500 skateboards, especially considering the flak the rapper took earlier in the year when he launched a pair of sneakers infused with his own blood. 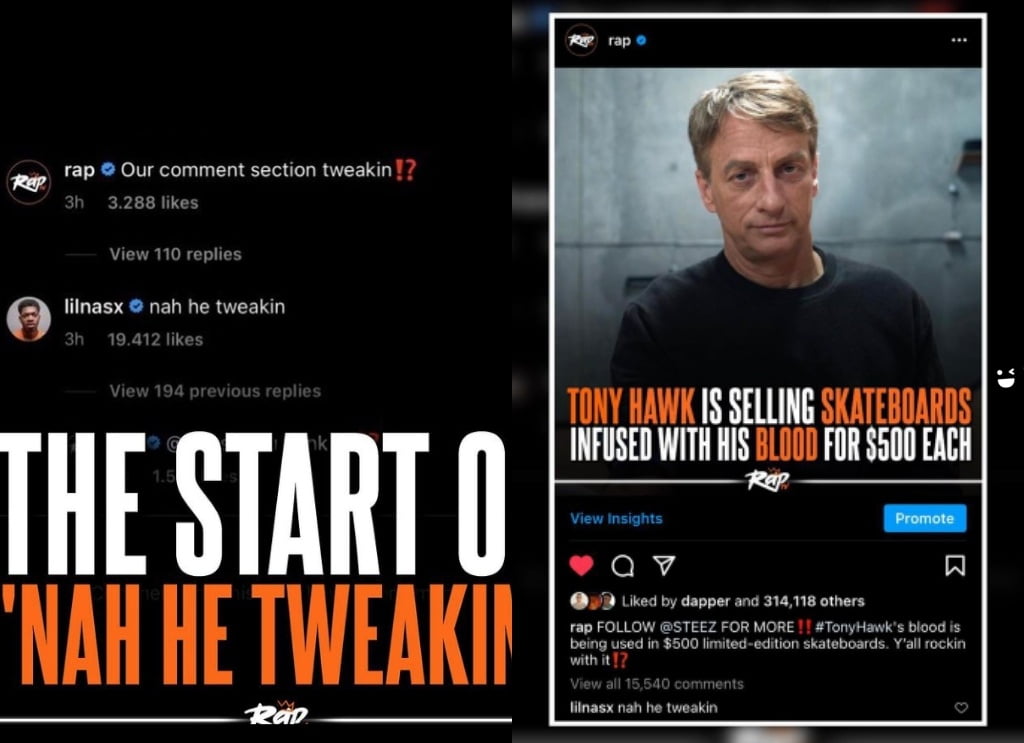 Interesting, Instagram responded by confirming the situation and promising to fix it as soon as possible.

Yeah we tweakin, but only a little bit. We’re aware that some people are having issues loading their comments (we’re fixing that) and that some are seeing a bunch of comments saying “nah he tweakin” (what is that?). More soon! pic.twitter.com/eek6t2qE40

More likely, then, this is one of those unique moments when a relatively insignificant occurrence suddenly takes off and runs away with itself to become the social phenomenon of the moment. Reports suggest it’s already reached Twitter and Reddit, too. Will it be gone by the morning? Or is this set to run through the weekend and beyond? Watch it and wait … or just go do something else instead.