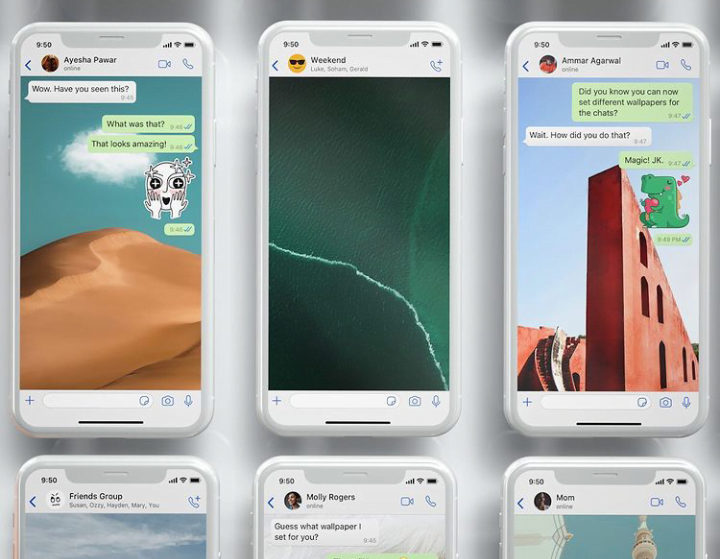 WhatsApp stops working for a list of outmoded systems, both android, and IOS. Are you among them?

WhatsApp stops working on android and iOS versions this November and you must update to continue enjoying the service, or back up your data and wait for execution.

The messaging platform in its best effort has done much to keep up with all versions of android and iOS but those changes and tweaks are coming at a great price because the platform cannot support those smartphones models and versions. Hence, dropped a list of those that will no longer have access to their service.

The devices on the list will no longer receive support from the application and will not be compatible with WhatsApp. This is to focus fully on the latest ever-growing generations of smartphones to guarantee optimal service of the app.

In short, the devices that will be affected are those that are operating on a system equal to or lower than android 4.0.3. And in the case of iPhones, devices with iOS 9 or earlier.

Below is the list of smartphones that will be left out of the WhatsApp support system.

Interestingly, there is great news. Though the platform will no longer support these devices does not mean the app will stop working immediately. However the issue, the biggest problem is computers whose WhatsApp is no longer supported will no more be able to access security updates.

How To Send Disappearing Messages On WhatsApp

This makes them vulnerable and a desirable target for hackers who could exploit this to steal their data and further use it for other cybercrimes.

WhatsApp in their release, suggest that you change to a more recent device model to continue using the messaging app and avoid massive account closure.  Else, users ( those who found themselves on the list ) will no longer enjoy the functions of the application.

This will include the impossibility of connecting to the WhatsApp web since to enter the platforms requires scanning a QR code downloaded from the cell phone, which will no longer be viewed.

Also, closed accounts can be enabled when the user downloads WhatsApp on a more current device that does meet the new requirements of WhatsApp.

TIP: You can bet on Telegram, Facebook Messenger, or signal if you found yourself on the list but couldn’t ‘move’ before time.

As stated already in paragraph two, before WhatsApp stops working you will have to protect your data as you await execution on November 1st. To do that, follow the steps below;

1. Open WhatsApp and enter the menu of the 3 dots in the upper right corner.
2. Go to ‘Settings’ and then select ‘Chats’.
3. Click on ‘Chat Backup’ and then click on ‘Backup’.

This will allow you to keep all your WhatsApp conversations, but you will not be able to use your account until you switch to a computer with Android 4.1 and later operating system, or iPhone with iOS 10 and later

How To Send Disappearing Messages On WhatsApp.