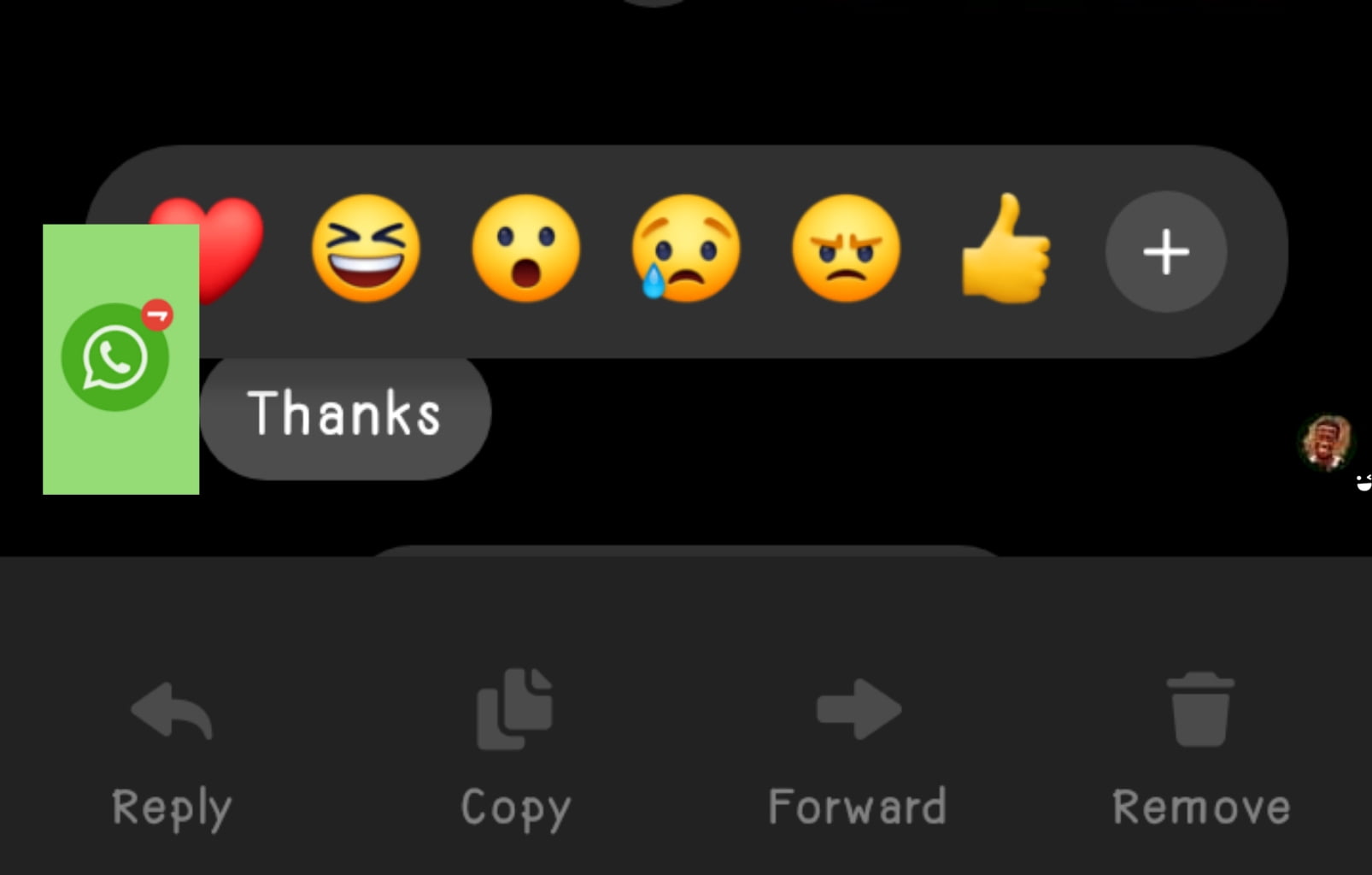 WhatsApp reaction stickers and reaction emojis launched and are being tested.

WhatsApp reaction to messages you received from your contacts is here to make you feel like you are on Facebook.

One other big push for this new feature is the huge and tight competition from the other versions that are storming the market with fancy and flexy features that make users stick to it than the main version.

Talking about the stickers or the reactions row, this is one thing that is very long overdue, according to some users who saw the new release of the feature. To long-press and have a row of emojis to a sentence from a sender is one feature that saves much of the typing hustle on Facebook and messenger. Hence enrolling this feature on WhatsApp will make it just amazing as the messenger.

screenshot of the tested emoji row feature on whatsapp

WhatsApp reaction is finally on its way to WhatsApp and the media giant is reportedly testing it with apparently a closed number of people and there is the hope of its release sooner than later but l can not tell the exact date that it will hit all WhatsApp users.

Once this WhatsApp reaction to message feature is released, all you will have to do is to update your WhatsApp and have the feature fully activated.

Now, sit tight and keep your finger closed but don’t raise too much hope for this feature because Whatsapp always tests features but only a few are enrolled.