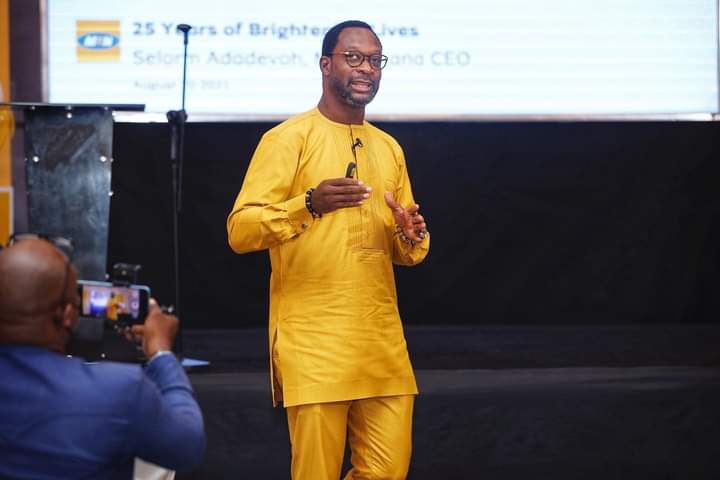 MTN Ghana’s CEO Selorm Adavehoh has expressed his hope that the operator will be able to launch 5G services as early as next year.

In recent comments made at the [email protected] Business Executive Breakfast held at the firm’s headquarters and reported by local news outlet Techgh24, Adavehoh said: “Innovation has been a key pillar of our growth.”

To achieve this, Adavehoh stated that MTN Ghana is planning a US$200 million overhaul of its network infrastructure in 2021 – substantially higher than the initially planned US$150 million – as demand has risen due to the pandemic.

TeleGeography reports that as part of this upgrade, the operator expects to deploy 4G at all base stations in Accra before the end of 2021, and at all sites nationwide by the end of 2022.

Selorm Adadevoh noted that MTN is not only interested in being first to innovate but also going on to ensure that the new innovation delivers value to its stakeholders comprising of customers, businesses, and the economy as a whole.

He gave the assurance that currently, MTN’s focus on becoming a complete Digital Operator by 2023 and also pursuing its Agenda 2025 strategy is to position the network as a service (NaaS) to drive the digital Ghana agenda.

In keeping with the value delivery for all stakeholders, Selorm Adadevoh said MTN plans to rollout 4G at all of its base stations in Accra by the close of this year, adding that every base station nationwide would have 4G by close of next year.

“We understand that risk taking is key to our commitment to national development and so we continue to take the risk ahead of any profit motives – and that is why we invested in 3G and 4G even before the devices to drive uptake were available. That was the same reason we invested in Mobile Money for six years without profit,” he said.

Touching on the recent declaration of MTN as a significant market power and the proposed implementation of antitrust measures to curtail its growth, he noted that such a move, for a country like Ghana would have been counterproductive.

He explained that the infrastructure needed to support the digital Ghana agenda is still lacking, and so any more to curtail a player that has the muscle to deliver that infrastructure would have been a big “economic mistake.”

Selorm Adadevoh noted that, during the pandemic year, for instance, MTN earmarked some $150 million for network infrastructure, but by the close of the year, they had spent almost $200 million.

Indeed, at the launch of the [email protected], Minister of Communications and Digitalization, Ursula Owusu-Ekuful admitted that MTN had always taken the risk to invest while other players looked on, and urged MTN to take advantage of its SMP position to support the entire ecosystem through the NaaS strategy.

MTN would continue to take the risks in the interest of the country as it has always done, to ensure that the digital Ghana agenda becomes a reality across the country.

Advertisement
Related Topics:5GfeaturedMTN Ghana
Up Next