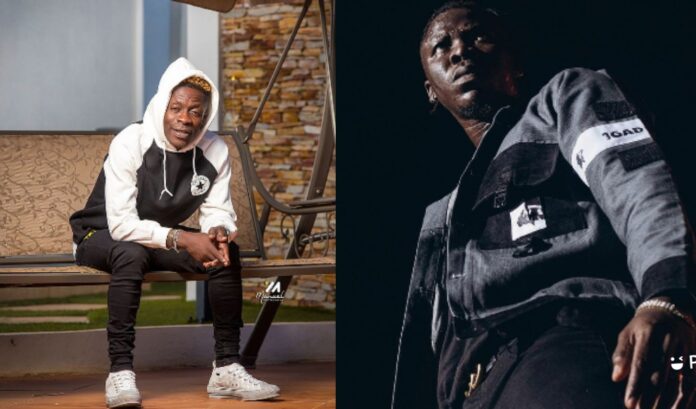 The Board of the Vodafone Ghana Music Awards ( VGMA ) has lift the ban on Stonebwoy and Shatta Wale.

The ban was imposed on the two dancehall artistes in 2019 after a scuffle ensued between them resulting in Stonebwoy brandishing a weapon in public.

The Board decided to lift the ban at its 22nd Board meeting held on the 28th of January 2021.

Read the full statement below:

“The Board of the VODAFONE GHANA MUSIC AWARDS (VGMA) has lifted the ban imposed on Ghanaian artistes, Shatta Wale and Stonebwoy.

This decision was taken at the inaugural meeting of the 22nd VGMA Board on the 28th of January, 2021.

The indefinite ban was imposed in 2019 as a result of a brawl caused by the two artistes during the Awards Ceremony of the 20th Anniversary edition of the VGMA, which disrupted the ceremony and threatened the safety of patrons.

The two were thus excluded from participating in the 21st VGMA held in 2020.

The Board agreed to admit them back to the scheme, hoping that such altercations that bring the scheme into disrepute, do not occur in future events.

This makes them eligible to participate in this and subsequent editions of the VGMA, if they so desire.

By extension, their collaborative works with other artistes are eligible for participation in the VGMA.

The VODAFONE GHANA MUSIC AWARDS is dedicated to celebrating Ghanaian Musicians and projecting the Ghanaian music industry in a positive light and will continue to work with the music industry stakeholders to uphold the image and integrity of the scheme.

The journey to the 22nd edition of the VGMA has started with a call for nominations from artists of music works (Songs, EPs/Albums) released between 1st January and 31st December 2020.

The call for nominations will close on Monday, 15th February 2021.” 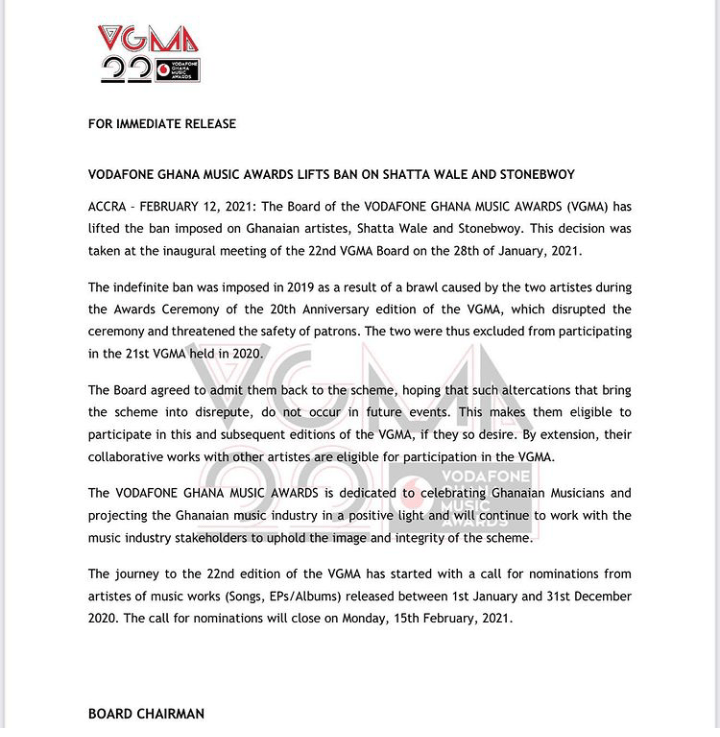