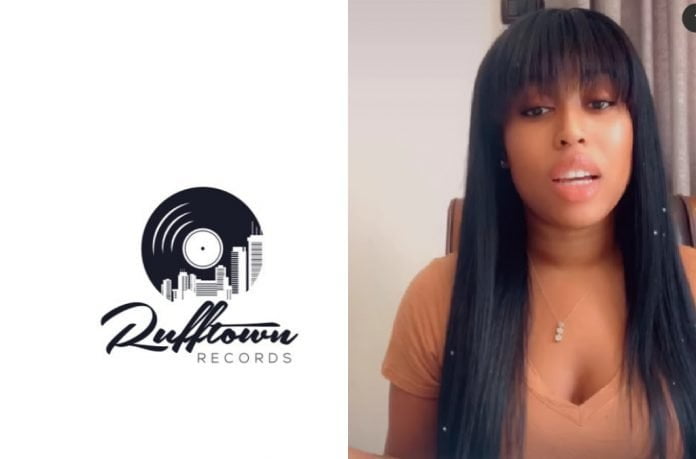 The musical ‘beef’ under Bullet’s Rufftown Records has reached a point a where the brand has to do the most by terminating Fantana’s contract.

It all started from GH One TV where Fantana labelled her senior and label mate Wendy Shay a local champion just because she haven’t own any international award in her career.

It got to the climax where beating ‘ threats’ came in from Fantana after Wendy subtly replied her in German language and also teased her big ‘ teeths’ [ canines ]. You can read here

Afterwards, Fantana revealed she was forced to say that Wendy Shay introduced her to Rufftown Records to promote a ‘ funny’ women empowerment agenda.

Well, the earlier the better for the brand to separate the two singers under the Ruff-town umbrella. Thus, the decision by for immediate meeting and termination of Fantana’s contract. 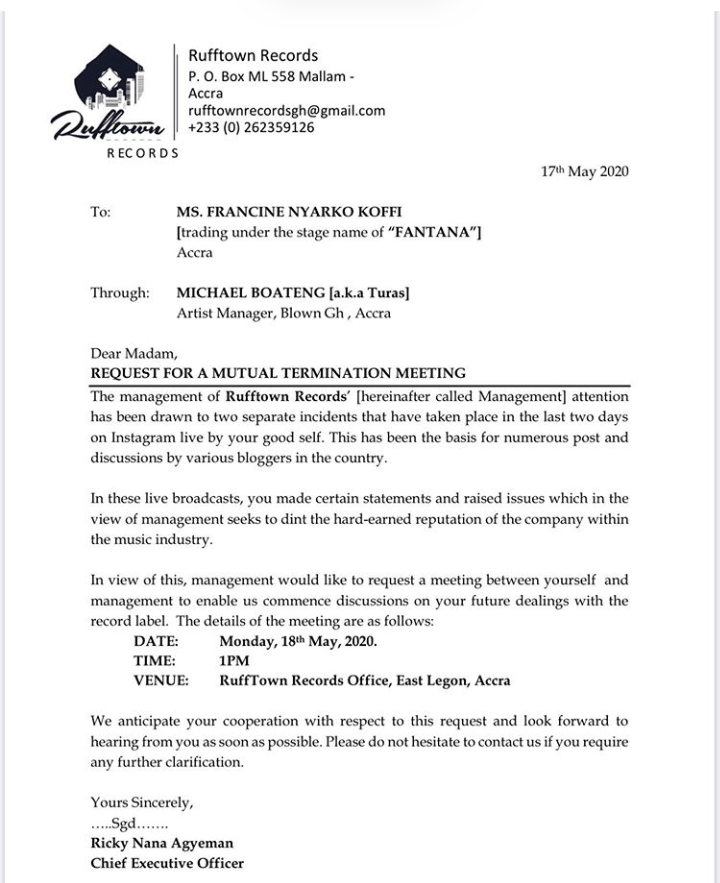 Shatta Wale Warns Bulldog About Medikal And Eno, He Reacted