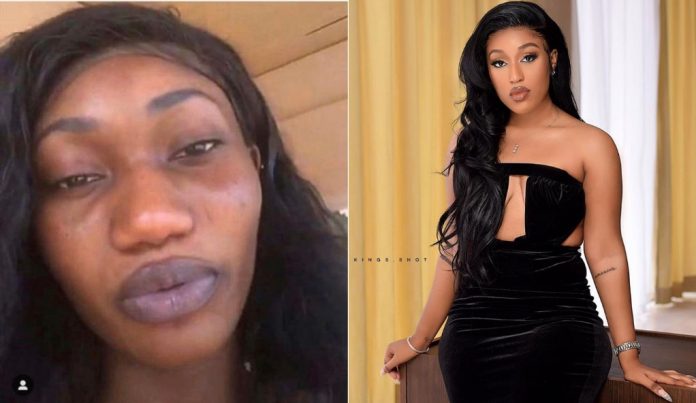 Former Rufftown record label mates Wendy Shay and Fantana has reignited their long-lasting rivalry after the later referred to Wendy Shay as a ‘local champion’.

Recently on GHone TV with Regina Vervelt, Fantana labelled her former label mate and senior as a local champion because she hasn’t won any international award.

“Wendy Shay is part of the local champions, not because I don’t like her or anything. But because she hasn’t really achieved anything outside of Ghana for the people to be like oh my God you got what I’m saying. She stated.

Well, in a simple Instagram caption, Wendy subtly jabbed her former label mate with the statement: Some artiste can create news but can’t create hit songs
Ask how much Betplanet paid me…

This statement got Fantana so hard that she went all in on Wendy Shay again but this time, she address her as a man ‘ Uncle Wendy’

This man is mad because I went to an interview and they asked me a question and I gave an honest answer… I never insulted you! Uncle Shay, as ugly as you are , you have the nerve to talk about “ I can’t make a hit song with big teeth “ Uncle Shay.. do you have a hit song? You’re mad at me because your career didn’t even cross Togo border, or because your new song flopped? I even helped you by lying to everyone saying you introduced me to rufftown so people could like you…. and you’re still local champion like me… I’ve been doing music for less than a year… so I accept my title… but Uncle Shay , We are local champions oo😂 you spent so much time trying to bring me down, trying to make sure you ruin me , trying to stop me from becoming Fantana ! now look at you… You have million followers that you bought , and you can’t even sell out a show, you’re a wicked girl with an evil heart. next time watch your mouth and don’t insult me. FICK DICH 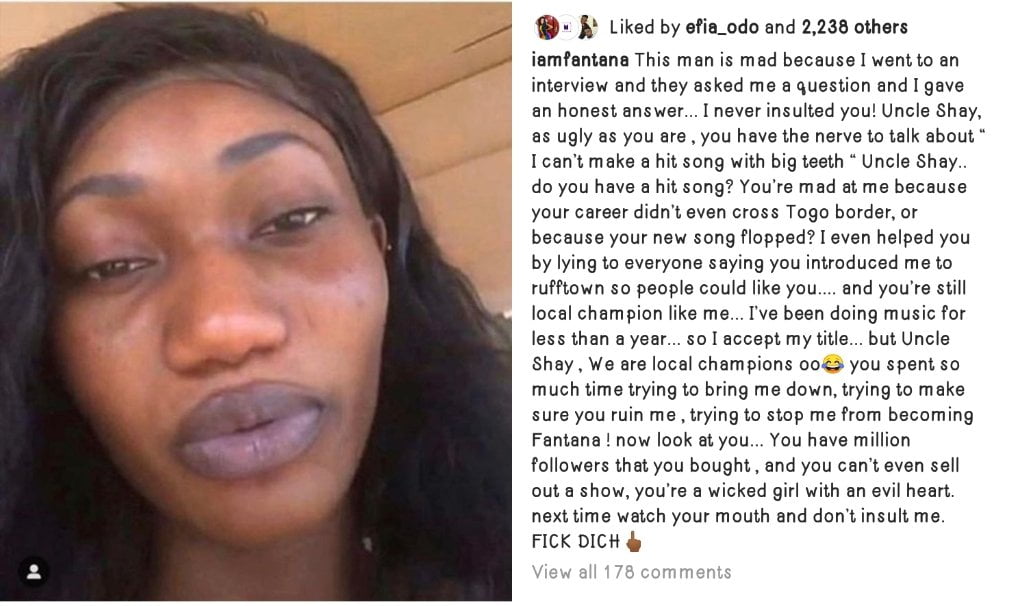