Sista Afia and Freda Rhymz has taken their musical ‘beef’ outside the social media after their punchlines at each other.

After Freda Rhymz jumped into the Eno Barony and Sista Afia beef, she released Point Of Correction aimed at Sista Afia for crowning herself Queen of rappers.

Some verses clearly directed to Sista Afia by Freda says she is an abrewa ( old lady ), not a queen as she claims, poor, no hits songs and no impact on the rap game.

In a tweet reply, Sista Afia dares Freda to repeat her lyrics in her face anytime they meet. She assured Freda of good lashes if only she would

stand up to her when they meet. 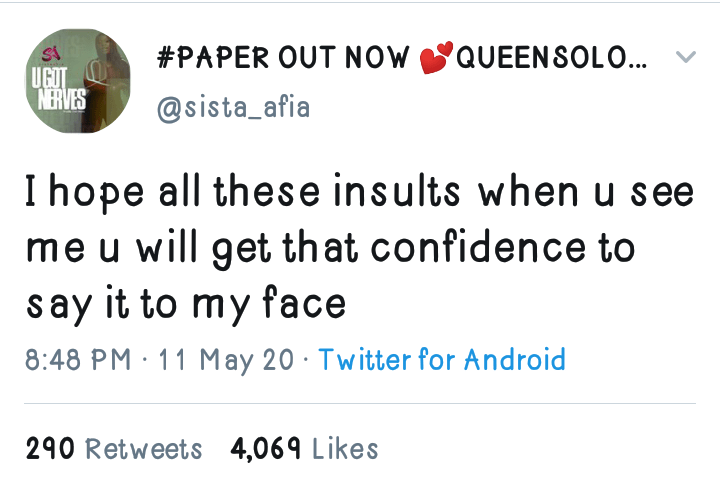 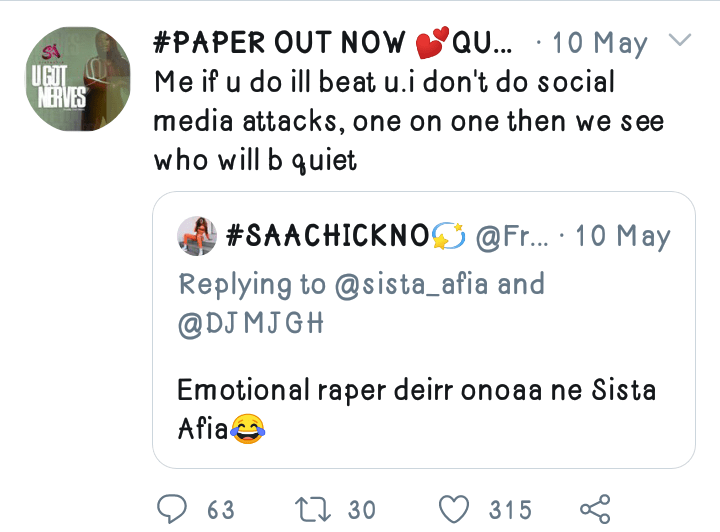 Well, the finally met and tried showing their punchy powers.

Shatta Wale Warns Bulldog About Medikal And Eno, He Reacted