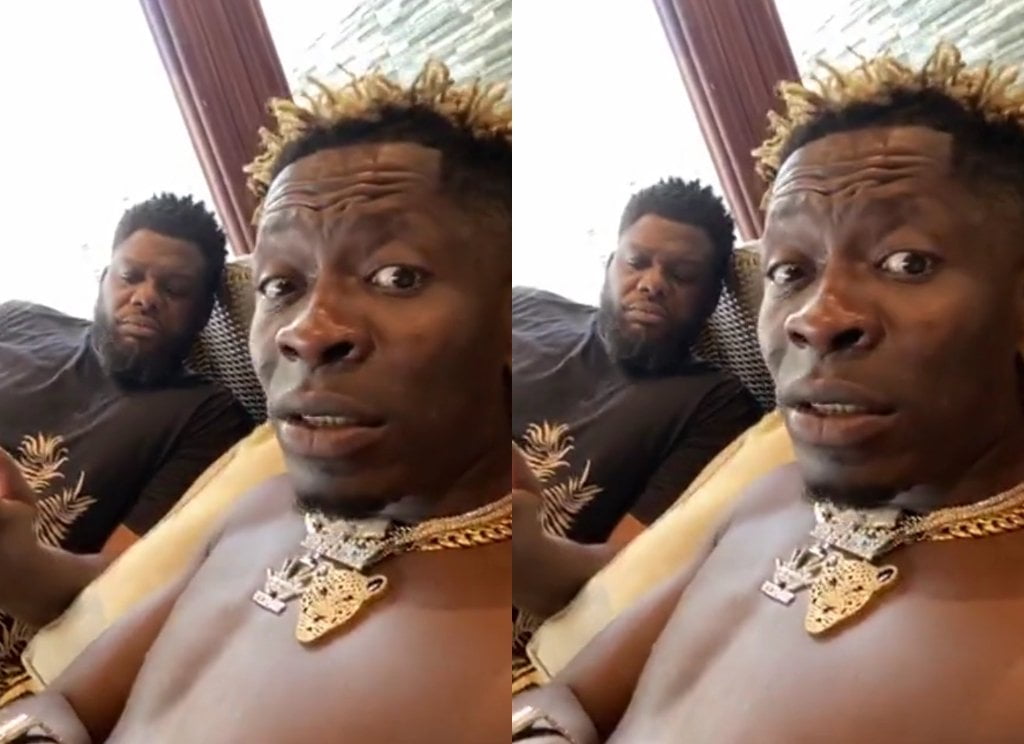 SM Boss Shatta wale has warned his manager Bulldog never to attack Medikal against Eno in the ongoing ‘beef’ among the female rappers.

Bulldog recently bet 50k Ghc on Eno to beat 97% of the Ghanaian male rappers in a rap battle.

Shatta Wale isn’t happy with the fact that his manager Bulldog keeps belittling Medikal over his beef with Eno Barony.

Shatta warned Bulldog to go ahead and manage Eno if he wants to but should cease attacking his brother Medikal in order to score points for the female rapper.

In what appeared to be a fun argument between the artist and his manager, Shatta wale revealed there is no way Eno will win Medikal in rap battle though she likes how the latter raps.

He also blasted Abeiku  Santana, according to him, his ‘beef’ with Stonebwoy was tagged as a fight and unhealthy one but Ghanaians especially Abeiku Santana is busy promoting the current one among the female rappers.