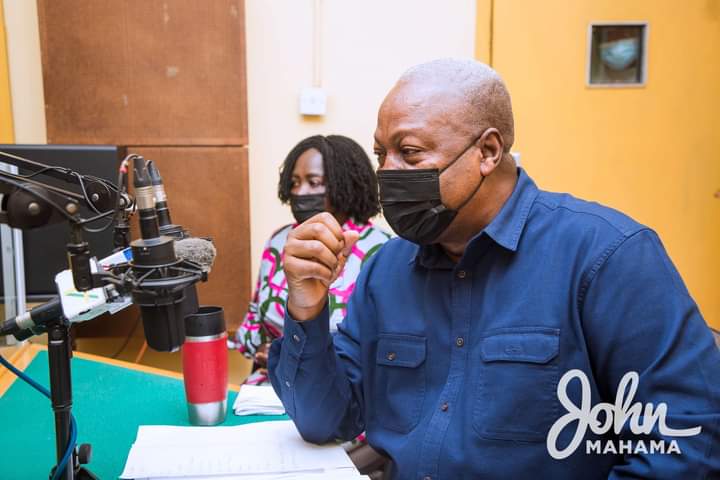 – Ex-President claims he did better than ruling president Nana Addo in the corruption fight.

– He said a lot of dubious acts of corruption are going on under the Nana Addo-led administration than his.

According to him, during his term, members of his party who were found culpable in the Ghana Youth Employment Development Agency, (GYEDA) scandal was prosecuted, while other ministers engaged in wrongdoings were made to resign.

He said such a development is yet to happen in Nana Akufo-Addo’s administration.

“You have people who were in my government standing trial. Some of them have been sent to prison. So a lot of the corruption that is happening will be happening under the current dispensation. The Special Prosecutor is virtually his only instrument in dealing with corruption. Unfortunately, his first Special Prosecutor did not get the kind of cooperation he needed to be able to do the work that he had been given,” he said.

Speaking on a Tamale-based radio station during his thank-you tour of the Northern Region, the former president charged the newly appointed Special Prosecutor, Kissi Agyebeng to be neutral in discharging his duties.

“We hope that those things will be corrected under this new Special Prosecutor, who is a young, enterprising lawyer. He’s got a brilliant career.”

As part of the visit, Mr. Mahama and his team also paid a courtesy call on the overlord of Dagbon, Ya Na Abukari Mahama II.

The overlord in his remarks commended the former president who was the flagbearer for the NDC in the 2020 general elections for the leadership he exhibited during and after the elections.

The former President will also visit the Mion, Savelugu, and Tamale Chiefs to thank them for their support.