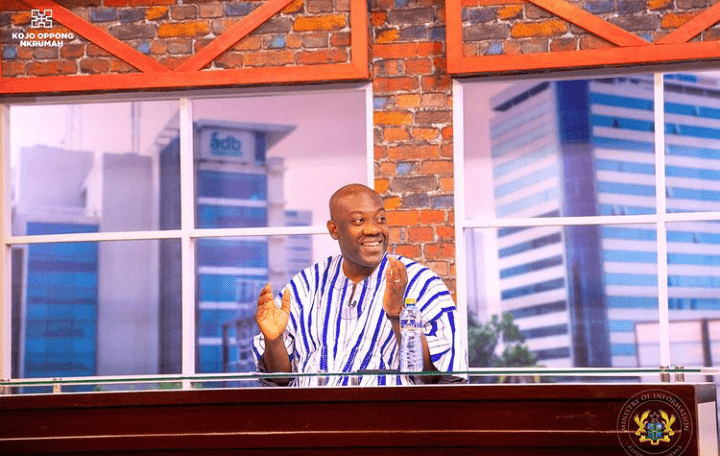 Information Minister, Kojo Oppong Nkrumah, has called on the media to whip up the can-do spirit of Ghanaians as government readies to deliver on its promise to build 111 hospitals across the country.

He said despite the skepticism that followed the government’s decision to deliver on the said promise within a very short time frame – 12 months – considering it a normal reaction to such a daring move.

However, he explained that despite the doubts, Ghanaians needed to believe that the country was equally capable of achieving a staggering feat and be ready to contribute their quota to the realization of the same feat.

Speaking at a press briefing, August 15, he said, “There are those who have raised visibility doubts that ‘is it possible?’ So let me say a few things. First of all, for any grand project of this nature, one of the questions that come up is ‘is it possible?”

“So it’s a fair question that is it possible? Because to build a hundred and eleven projects across the country has various issues you have to answer.

“One is the funding; the other even is finding the technical hands for each one of these projects; you need engineers, you need civil engineers, biomedical engineers.

“How many biomedical engineers do you have in Ghana? What projects are they working on already? How many of them can you find to supervise all of these so it’s a humongous task nonetheless, and I think it is for those reasons that some may ask questions about feasibility that ‘is it possible?’”

According to Oppong Nkrumah it has become necessary as a country to challenge itself to do something daring to fast track its development.

He called on Ghanaians to greet the government’s plan with optimism to collectively achieve the feat.

“But you know that in all societies that are caring things, they’ve started by challenging themselves that this is possible and we can do. When Obama was shouting Yes, we can in America, we were all clapping here. They can, we, we can’t? No.

“We’ve got to challenge ourselves to something daring. But we also need to approach it, not with a sense that it will fail; no, we have to approach it by whipping up the spirit of Ghanaian exceptionalism that listens; if we focus on this and we put all hands on deck, we can get it done.”

Meanwhile, a large team of “consultants, engineers, specialists from all over have been put together, they’re handling the various projects, and we expect that gradually whatever challenges come up are challenges that can be scaled.” Oppong Nkrumah added.

Sad Dates In The Parliament: Another Minister Involved In An Accident

Sad Dates In The Parliament: Another Minister Involved In An Accident