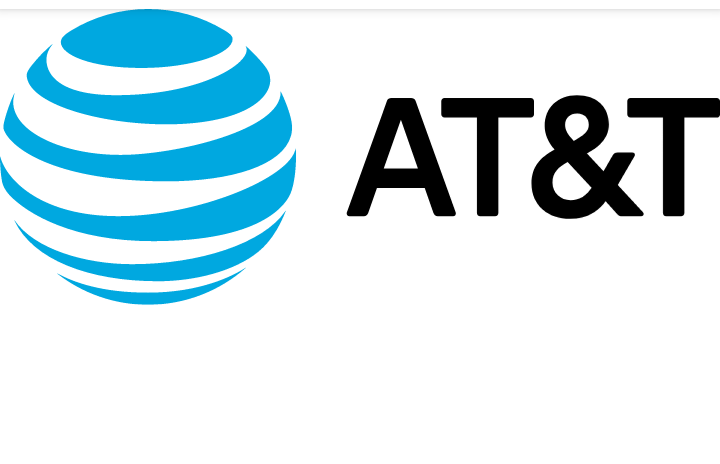 You would prefer to work with or choose the best and top telecommunications companies in this era where almost everything depends on the internet.

Most at times, the decision of choosing the right service provider company becomes so crucial in our role of optimal performance in today’s technology era.

Having an in-depth knowledge of telecoms service provider company becomes an important tool for decision making; so, it’s vital to choose wisely.

To find the very best telecom service provider company for homes, individuals, and businesses certain factors and features must be taken into consideration.

In this article, I present to you the 10 top telecommunications companies in the U.S. to leverage upon for optimal performance in life.

Because of its innovative ideas, in the telecom industry, AT&T Company stands as a global authority in the area of telecommunications, technology, and media

In the financial year of 2020, AT&T’s Annual revenues earning was at 171.76 Billion USD and Net income of 5,370 million USD making it one of the largest top telecommunications companies in the world.

AT&T company was Founded In 1983 by Bell Telephone Company and Gardiner Greene Hubbard and 1995, it changed its name to SBC Communications Inc.

In the same year, SBC later bought the former body of AT&T Corporation and adopted its branding with the merged entity naming itself AT&T Inc.

AT&T Mexico packages serve in many capacities like cooperate bodies, individuals, and private businesses. While DIRECTV is a pay-tv leader in 11 countries in Latin America.

AT&T has come up with a unique new advertising and analytics startup in the area of advertising which has made the company a leader in the aspect of video advertising.

Aside from providing telecom services, and functions effectively in IT and telecom technology, AT&T also focuses on several corporate and social tasks.

The social corporate duties engaged upon by AT&T are At&T Aspire, Piedra, Tijera, Papel, smart city agreement with Mexico City, It can wait: a letter to drivers, and the power of giving, etc.

AT&T company whose CEO is John T. Stankey is Socially Responsible and recognized by the entire Mexican Center for Philanthropy and Alliance for CSR (AliaRSE).

Verizon Communications company put 126 Billion USD as an Investment which makes the company to provides Wireless Network to 98% of entire USA and has 2.5 Square Miles Network coverage.

On the aspect of facilities and equipment, Verizon Communications has over 94 million wireless retail connections.

After the split up, Bell Atlantic, one of the Baby Bells, came into existence the same year. Bell Atlantic and NYNEX merged in July 1995 to establish Bell Atlantic Mobile, later known as Verizon Wireless.

Since its inception, and under CEO, Hans Vestberg, Verizon Communications is leading in the area of Cable television, Landline, Mobile phones, digital media, Telematics, IPTV, etc.

SBA Communications Corporation (SBA) is an individually owned real estate trust company that owns and operates on all kinds of wireless communications infrastructure.

In addition to leases, SBA Corporation also enters into a contractual agreement for the management of rooftop and tower sites for property owners.

The site services include identification of potential location for towers and antennas, network pre-design, site audits, support in buying or leasing of the location.

SBA Communications Corporation (SBA) was created in 1989, with headquarter in Boca Raton, Florida.

Altice Communication company provides a lot of telecoms services in U. S. such as telephone services, pay television.

In addition to telecoms and network services,  Altice Communication also delivers international news via the February 2017 U.S. launch of i24NEWS and local news through News 12 Networks.

Altice Communication company came into being after Patrick Drahi entered the U.S. in 2015 and bought a 70% stake of cable operator Suddenlink for $9 billion and Cablevision for $17.7 billion.

Since then, Drahi, has built Altice with more than 20 acquisitions of lagging cable and mobile operators and has expanded further with more interesting deals and opportunities.

With these developments, Altice USA is ranked as the fourth-largest cable provider in the U.S. with customers residing in the New York City, midwestern and southern states.

Altice Communications Company has a Market Value of 21.327 Billion USD and an Annual Revenue of  9,760 Million USD with over 10,700 employees.

Liberty Company has its headquarters in the USA with the business of Internet and TV Connectivity subscriptions.

Charter, whose assets are owned by Liberty Broadband, is one of the reliable and largest providers of cable network services in the US.

Charter also provides a variety of information, entertainment, and communications solutions to individuals and businesses.

In another view, Liberty Broadband Corporation also engages in the provision of Geospatial Insights, a location intelligence, and data insights service.

The location intelligence is to help enterprises, research and consulting firms, financial institutions, and advertisers understand, measure, and optimize the performance of businesses.

Liberty Broadband Corporation company was established on March 28, 1991, with its location at 12300 Liberty Boulevard Englewood, CO 80112 U. A. having Gregory B. Maffei as the CEO.

Comcast Corporation has an advanced fiber network and teaming customer support which enables it to provide companies with the solutions they need to make their businesses more productive In addition to Cable, telecommunication, and internet services which Comcast was originally known for.

Comcast has multiple cable channels such as MSNBC, CNBC, USA Network, Syfy, NBCSN, Oxygen, Bravo, Qubo, and many more others.

In the entertainment world, Comcast corporation has some interesting film studios and Universal Park and Resorts.

Since 2006, Comcast started having holds in the digital world, which made the company acquire the platform and ad tech company FreeWheel in 2014.

Since the acquisition, Comcast has become the biggest media company with over 53 million subscribers in the U.S. and Europe.

Comcast Corporation was founded on June 28, 1963, by Ralph J. Roberts Tupelo, Mississippi, the U.S. Currently, Comcast is ranked number 32 position in the World and 22 in the U.S.

Charter Communications is a U. S. based telecom cable TV, broadband service, voice, and internet services provider company with its headquarters at St. Louis, Missouri, to Stamford,

Charter Communications is home to the most advanced telecoms systems that produce high-quality internet services, calls, and entertainment for  businesses and individuals across the U.S.A

Charter Communications has over 26 million subscribers in 41 states.

Charter Communications system was created in 1980 by Charles H. Leonard in Michigan.

In 1981-1983, Leonard entered into a partnership with Gary Wilcox and Gerry Kazma, to merge Spectrum Communications with Charter Systems.

The trio Consolidated Charter Communications and was integrated with the state of Missouri in 1993.

In 1995, Charter communication paid over $300 million to have the highest share interest in Crown Media Holdings company and at the same year, it bought Cable South.

In another scenario, In 1997, Charter Communications and EarthLink partnered to provide high-speed Internet access via cable modems to Charter’s consumers in Los Angeles and Riverside, California.

This development has made charter the third-largest pay television service and the fifth-largest telephone provided in the U.S.

Charter Communications is in the Fortune list of 500 largest United States corporations In total revenue.

Charter has  95,100 active employees, all with the awesome work of the chairman, Thomas M. Rutledge.

America Movil is one of the largest telecommunications and internet service providers in the U.S. and the Caribbean Countries with its headquarters in Mexican City, Mexico.

America Movil corporation operates under different Claro subsidiaries in many countries such as Latin America and the Caribbean to provide a wide range of telecoms and internet services.

In many of these countries and the U.S., America Movil corporations deliver media and telecommunications services.

In the United States, American Movil operates under the subsidiary name of TracFone and Wireless, Inc.

This is done through various brands such as NET10 Wireless, Straight Talk, SIMPLE Mobile, Total Wireless, Telcel América, and Page Plus Cellular.

America Movil is one of the major leading national pre-paid Internet service providers in the U.S.

In September 2020, the company agreed to sell Tracfone to Verizon, which is to be closed by 2021.

Since entering into an International agreement, Movil has continued to achieve notable results in the telecoms industry.

Most of the achievements by Movil is being among the 4 top telecommunications companies in the world and has 290,000 kilometers of Fiber-optic cable, in December 2010,

In April 2012, Movil corporation reported annual revenue of $5 billion and assets of $67 billion.

In Mexico, America Movil is presently the largest telecoms company with assets of over $59 billion.

Being founded in 1986, America Movil is presently the most valuable telecoms company in Mexico, with 189,448 employees under the Chairmanship of Carlos Slim.

Under the leadership of Daniel Hajj Abounmrad, as the CEO, America Movil provides varieties of telecom services in America and Europe.

Sprint Corporation is in the business of providing wireless voices, messaging, and broadband services via its numerous subsidiaries like Boost Mobile and Open Mobile in the U.S.

Sprint corporation was founded in 1899 by Cleyson Brown and Jacob Brown as Brown Telephone Company to focus on bringing telephone and Internet services in the rural area of Abilene.

After some years, precisely 2006, Sprint quit the former telephone company and moved his assets into another telecom company called Embarq.

Later Sprint Corporation merged with Lumen Tech that was initially known as CenturyLink.

In 2005, Sprint Corporation merged with Nextel Communications to form Sprint Nextel Corporation and adopted some of its features such as black and yellow color scheme, and a new logo.

On April 1, 2020, Sprint Corporation became a subsidiary of T- mobile after completing the merging processes with T-Mobile US.

Sprint Corporation has a Market Value of 21.438 Billion USD and an Annual Revenue is 33,600 Million USD.

Cogent Communications had about 58,000 route miles of intercity fiber and  36,400 metro fiber miles that provide telecoms service to almost 207 markets and connect with 7,130 other networks.

Cogent Communication was established in 1999 and funded by angel investors and Keiretsu Forum.

After some years, precisely three, Cogent had procured assets including 13 failing carriers, $14 billion in capital for $60 million, and $4 billion worth of Property and Equipment.