Miketwo took to his Facebook page to make the revelation and even went on to reveal that the priests at the popular river god’s shrine have contacted Fameye.

The radio presenter indicated that things are getting murky following a video in which Ogidi Brown threatened to deal with his former artiste over what he claimed to be ungratefulness.

Zionfelix.net earlier reported that Ogidi Brown was spotted in a video bitterly lamenting how Fameye had used him and threatened to pay back by any means necessary. 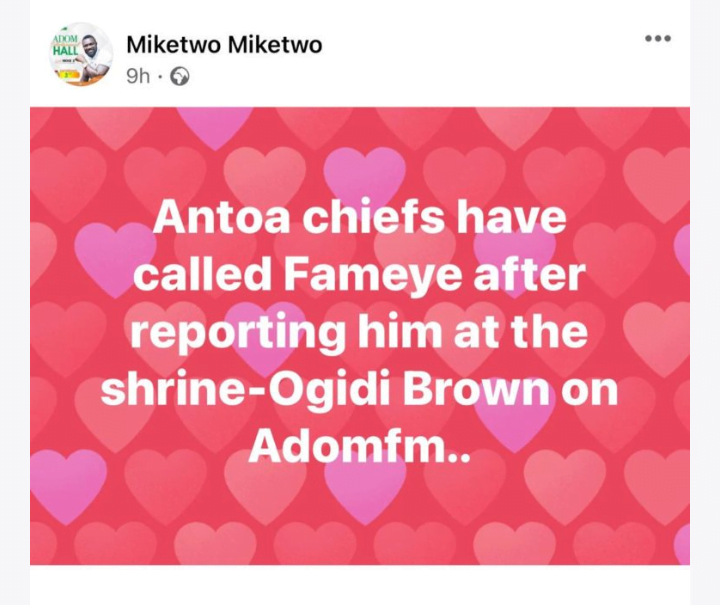 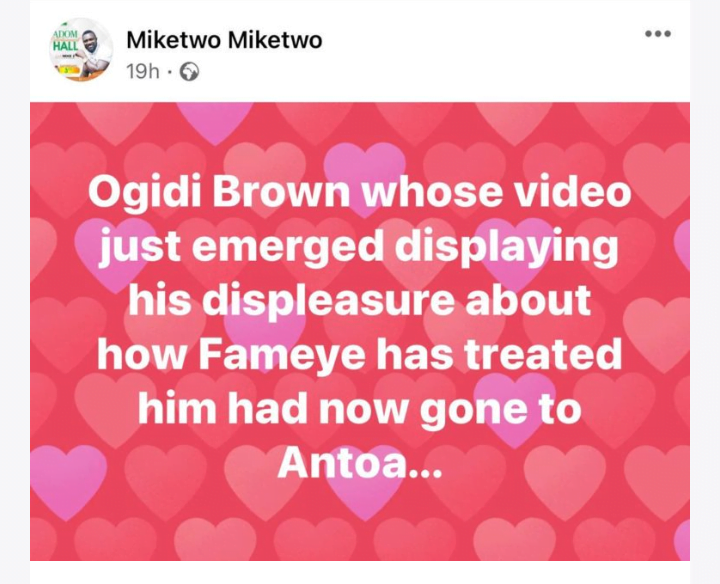 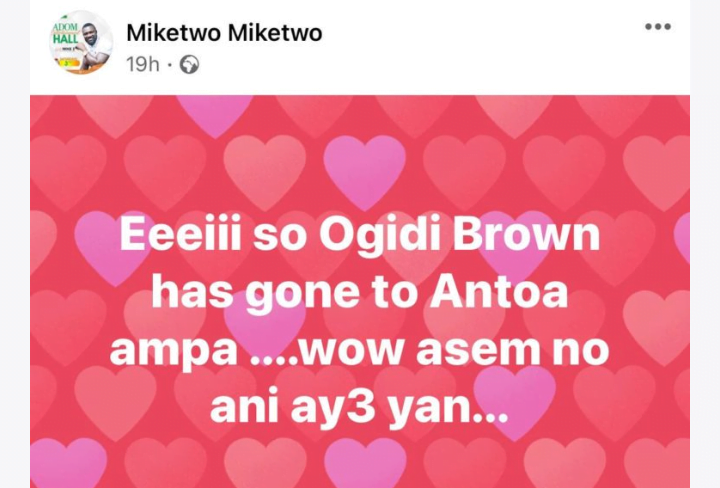 In the video, Ogidi Brown indicated that the Nothing I Get singer was owing to him some $50,000 but payment was forthcoming.

The boss of OGB Music went on to add that even though Fameye had promised to pay up and even came to his house to plead for more time, the cash is still unpaid.

I Will Curse You And Your Baby – Ogidi Brown To Fameye

Advertisement
Related Topics:Antoafameye
Up Next

Video+Photos: Energetic Performance By Stonebwoy And Davido At Activate Party