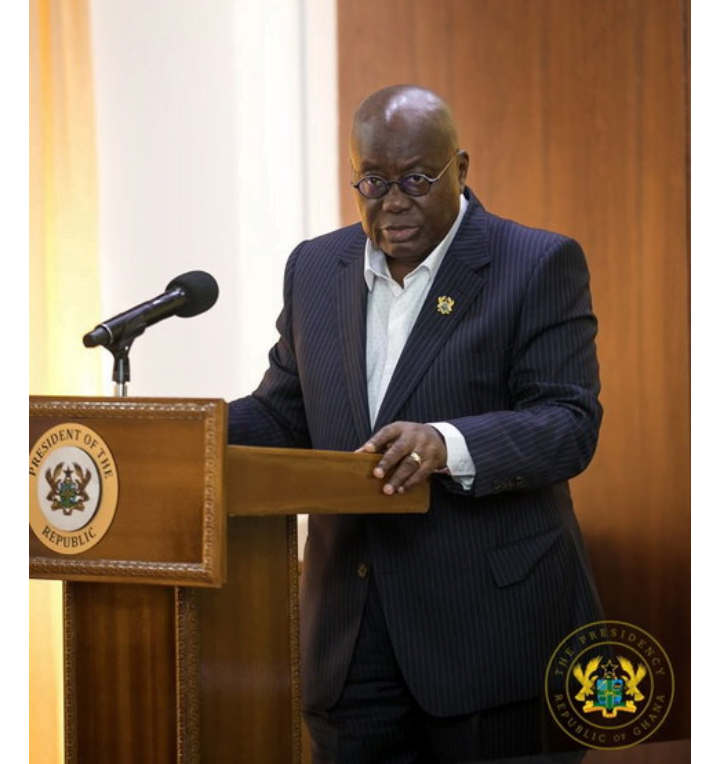 The French News Agency (AFP) has described as false President Akufo-Addo’s claim that Ghana “has administered more tests per million people than any other country in Africa.”

According to AFP, it has found from available statistics that Ghana is behind South Africa and at least two other African countries.

The President, Nana Akufo-Addo in his ninth address to the nation on May 10, on measures his government was taking to fight the coronavirus “…in fact, the World Health Organisation (WHO) has reached out to us to share our sample pooling experience with other African countries, so they can adopt this strategy and also ramp up their testing capabilities.”

Ghanaian President Nana Akufo-Addo claimed in a speech that his country had administered more COVID-19 tests per million people than any other country in Africa. However, the claim is false; AFP has found from available statistics that Ghana comes behind South Africa and at least two other African countries.

The president made the statement on May 10 in a televised broadcast about the novel coronavirus pandemic, which was also widely viewed on Facebook.

“Our country has administered more tests per million people than any other country in Africa, and, in fact, the World Health Organization… has reached out to us to share our sample-pooling experience with other African countries, so they can adopt this strategy and also ramp up their testing capabilities,” he said in his ninth address on the crisis.

He also urged Ghanaians to disregard politicians who allege the country’s COVID-19 numbers represent a failure on the part of the government because “they need to make such comments for their political survival”.

Akufo-Addo is left with barely a year to complete his first term in office, and is facing a tough fight for reelection in December against former leader John Mahama.

At least 5,127 people have tested positive for COVID-19 in Ghana as of May 12, 2020, making it the worst-hit country in the West African region. The government has extended the closure of its borders until May 31, 2020, to try to stem the virus spread.

Akufo-Addo’s claim about leading Africa in tests per million inhabitants was featured in several local and international news reports, including by Africa News and The New York Times.

South Africa Leads In Africa
But the claim is false. To verify this, AFP compared available data from Ghana to that of five other countries: Nigeria, the most populous African nation; South Africa, which has administered the highest number of tests overall according to the Africa Centres for Disease Control and Prevention; and Mauritius, Botswana and Djibouti, because while much smaller in population, these countries have conducted relatively high numbers of tests.

Of these five, AFP found that Nigeria and Botswana rank lower than Ghana in COVID-19 tests per million people, while South Africa, Djibouti and Mauritius rank higher.

This figure is calculated by dividing the country’s number of COVID-19 tests by its total population, and then multiplying the result by one million.

This, in comparison with the five countries’ population figures, gives us the following rankings: 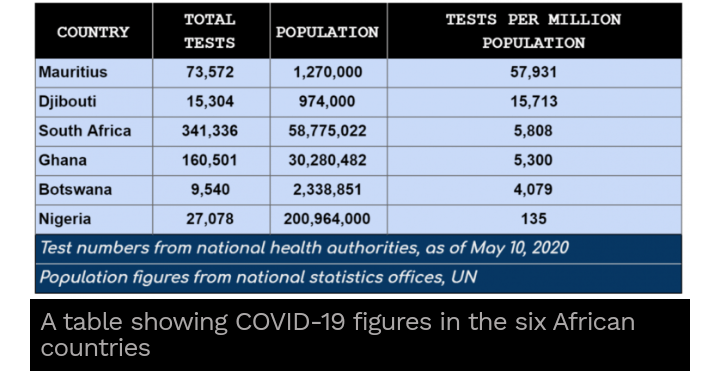 AFP has contacted the Ghanaian presidency for comment but has not yet received a response.

I Will Double Pay 10 Years Salary Of The ‘Dancing Nurse’ If Sacked – Oscar Doe.