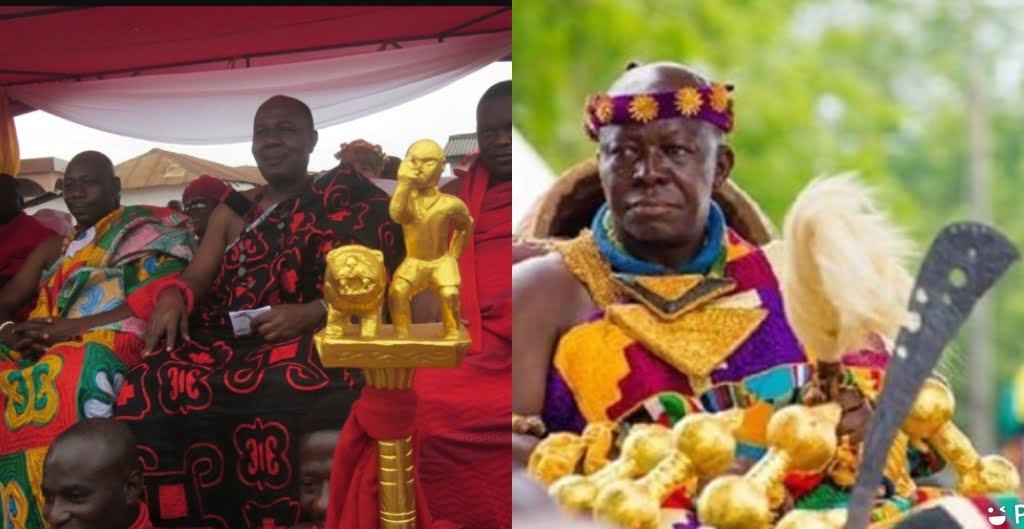 The Ewes and Ashantis are two of the most popular tribes in Ghana. Whilst Ashantis or Asantes were a pre-colonial state that emerged in the 17th century from the Akan ethnic group, Ewes are known warlords and travellers who can be traced back into Egypt, scattering all over the face of Africa through Ethiopia, Mali, Cote D’Ivoire, Nigeria [Ile Ife ] Benin, Togo, Ghana and more.

Well, in Ghana, Ewes are most known for their beautiful and fair-skin [ complexion ] ladies, well educated and fluency among others which many do attest to, the Ashantis or Asantes are also known for their rich culture and wealthiness.

However, there is one unending war that has been handed over from generation to generation between the Ewes and Ashantis. Funny enough, things mostly go sour where people of less understanding from these two tribes meet and allow pride and ego to take over.

Sadly, a stereotype believes the Ewes are wicked, but a real Ewe will dare not commit a crime because of their high belief in the gods and traditions which simply translates that; ‘kill and be killed, favour and be favoured’. Yes, they believe so much in karma. Moreover, efi3 biaa mensah w0m.

In the same way, Ashantis are painted to be uneducated when they have produced and still producing elites for the beloved country Ghana just as the Ewes too.

In the wake of today, Twitter got flooded with some funny comparisons between the Ewes and Ashantis as everyone defends his tribe with the goods forgetting the vices which are apparent. We bring you some ridiculous or more hilarious tweets below, but before then, my verdict is, both the Ewes and Ashantis play their role in the development of this country. No room for ugly stereotypes and beliefs with me.

Have you ever ask yourself why Ashanti women Always get divorced because their husbands are now admiring an Ewe woman? Eno be juju oo. Ebe beauty. Ashanti women and their beauty be like odd numbers#Ewes

Till date Ashantis have issues with Ewes, what exactly was the problem.

The truth is there was a fight between the ewes and Ashanti’s which the ewes defeated them which has not been recorded in history, this is where the hatred started from. My grandma told me this in 2003, I don’t know how true it is but one or two elders I know affirmed it

Someone said the only battle that has lasted longer than the battle between the Ashantis and Ewes is Ass and breast 😂 Charlie I no fit 🤕 as people dey talk sense , some too de fool one corner 😂😂

Ghana and even Fantes chose Rawlings over Akufo-Addo father back then. Ewes are no braver, they are all cowards. Like by now we see another Rawlings. Ewes don’t like cheating laaa 🤣🤣😂

Advertisement
Related Topics:AshantisEwes
Up Next