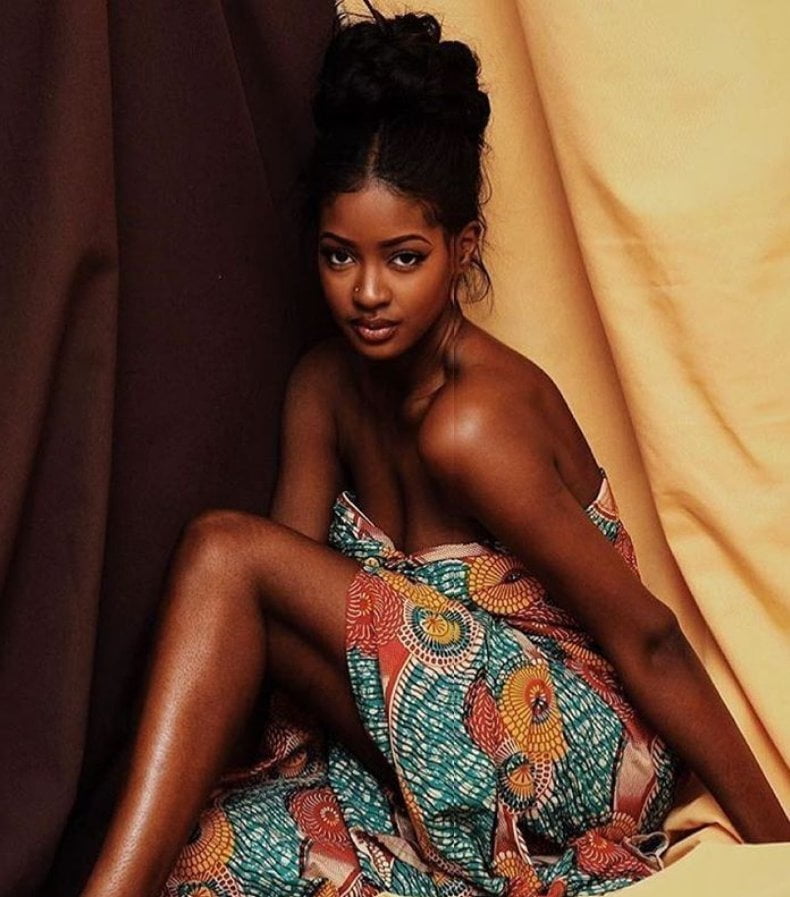 When the church mummy finished speaking with Kehinde on the phone, she told him the best time he should come over to the house then dropped the phone and sent someone to bring Sade into her bedroom so that they could talk privately.

“Sade, talk to me. How have you been coping with life, especially in the village?” The church mummy began to interrogate her carefully in the bedroom.
“Mummy I won’t lie to you, it has not been easy o. My life has taken a downward shape but God have been faithful all the same…” She was still talking when her phone started ringing. She quickly ended the call on seeing Olori’s number and was about switching the phone off when the church mummy spoke.

“Ah! No, sister Sade, answer your call.” She told her when she observed her uneasiness. Sade wanted to insist on switching off the phone when Olori’s call entered again and she stole a look at the church mummy who looked at her suspiciously and spoke up immediately.

“Pick that call Sade, after that you can then put off the phone.” She said with a mean face looking intently into Sade’s eyes. She swallowed hard then swiped the green button to the right and placed the phone on her left ear but unfortunately for her, the phone setting was on loud speaker and the first words Olori spoke over the phone embarrassed her before the church mummy.

“Sade mi, sweetheart mi till eternity, the only woman that makes the man in me rise …” Olori kept eulogising Sade over the phone without giving her the chance to even say hello.
” ermm… ejo Olori let’s talk later please. I’m in a meeting. ” she said hurriedly with a shaking voice and hand then ended the call and switched off the phone without looking at the church mummy and silent permeated the room as the woman looked at Sade painfully as if she was trying to remember something.

“Sister Sade,” the church mummy broke the silence and she answered her with out looking up.
“I want to tell you a story about my life that is very familiar with yours which many people do not know.” She continued.
“I also had a child outside wedlock as a young girl before getting married. Temi whose birthday we are celebrating today is not daddy’s biological son,” the church mummy began to reveal and Sade looked up at her in surprise with her mouth opened agape.

“Yes,” the woman said smiling as she saw the surprise in her eyes.
“Sade, my case was worse than your case but I rose up from my fall. God reached forth his hands to my at the desperate period of my life and I held unto him and rose up from my mess.” She said then continued.

“I was privileged to be born and brought up in a good Christian home but my parents were busy people. My father was a full time local church pastor who was struggling in ministry due to lack of funds so my supportive mother got engaged in her business and also tried her hands on other menial jobs in order to support my father in the ministry and to put food on the table and also provided our daily needs.

My mother leaves home very early every morning and join us in the church from work, while my father stayed in the church praying and studying the bible and at the end of the month, he brought home a little stipend from what the church paid him.
I was the first born child and so the responsibility of looking after my siblings fell on me. We would come back from school in the afternoon and meet our parents absence,so my job was to warm the food and serve my siblings and myself after which I will guide them to do their home works.

But my own homework sometimes used to be very difficult for me, so I begging different church members in my father’s church to help me out in solving the mathematical aspects of the homework. That was when I begged one uncle Paul who was a my father’s church member to help me solve a mathematics assignment and he did became a regular visitor to our house in the name of helping me to do my home works. My parents trusted him with us so much that whenever they travel out of town, they will call him to come and stay with us and he will sleep in our house for days till my parents comes back from their journey.

One night, after my parents had traveled to the church headquarter for a conference, he delayed helping me to do my home work till late in the night when my siblings had gone to bed, then he called me to the parlor for the homework. I was feeling sleepy but because I knew the punishment that await me the next day if I didn’t do my assignments, I tried as much as possible to stay awake. But midway into the night, I dozed off still with my writing materials in my hands. His mouth in my mouth woke me from my sleep, and I tried to push him away but he said I should calm down, that he was only trying to drive sleep away from my eyes, so I believed him and relaxed. He asked me to reciprocate by kissing him back in order to drive the sleep away fast, and I started meandering my tongue in his mouth and in no time I started finding it funny as he started tickling my waist and breasts.

He continued with the kissing stuff with me every night so deeply so much that I started seeing it as a fun play so I began to request it from him. He later told me he has another fun play he will teach me, and I gladly agreed with him that I will not tell anybody when he gave me the condition for teaching me the fun play.

He removed his trousers and stripped before then asked me to do the same, but I refused as fear gripped my heart at the sight of his nakedness. But he told me he will not be my friend again nor teach me mathematics again. He feigned annoyance and threatened me until I agreed to remove my clothes before him. I covered my little b r easts which were just sprouting out with my hands and he asked me to come and hug him.

“That’s my baby girl!” Uncle Paul hailed me and beckoned on me to come and hug him as he opened his arms wide to receive me.
Uncle Paul began to teach me the said fun play by asking me to lay over him on the bed and I did as instructed. That night uncle Paul defiled me and was just eleven years old,but that one sexual encounter with uncle Paul opened me up to a continuous immoral life as it got to a point that I graduated from sleeping with only uncle Paul and started sleeping with our neighbours who will in turn give me money.

My friends in school didn’t help matters too, so we got deeper and deeper into formication. My menstruation was delayed and I didn’t see it until I clocked fifteen. When I started seeing it, I told my friends who taught me how to package my self and what to do to avoid getting pregnant. I did everything they asked me to do and thankfully I didn’t get pregnant until at the age of nineteen when I finished my secondary school and started sleeping with more matured men who insisted they won’t use c o n d o m.

At this stage I had outgrown my parents and didn’t have regards for my father especially for the fact that he was not living to expectations. I despised both him and his God and lived my life the way I wanted.
I slept with a man who gave me a huge amount of money and promised to sponsor me in higher institution but got pregnant in the process…