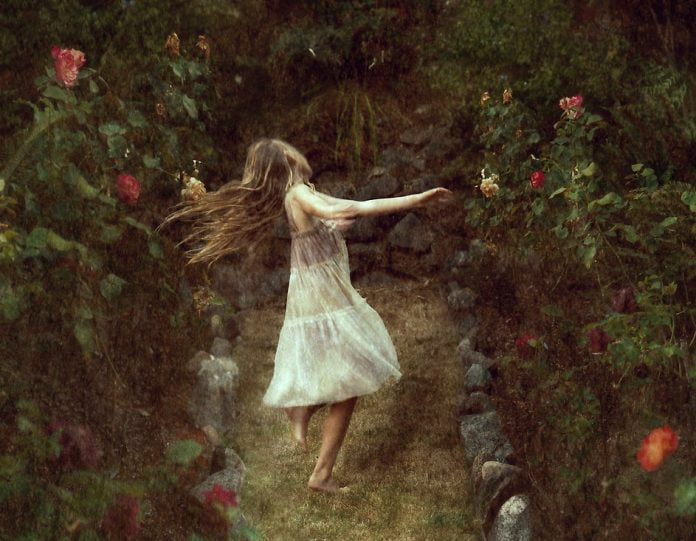 Eugene broke the k*ss and stared into Rosetta eyes
“I like you” he whispered. She bit her lip and looked down, feeling shy. He lifted her face up and kissed her again. She didn’t k*ss back so he stopped.

“I’m sorry if I’m taking advantage of you. I just..” he was cut short when Rosetta made the move and k*ssed him.
He smiled as he k*ssed her back and pulled her closer to himself. She placed her arms on his shoulders and k*ssed him passionately. She wasn’t feeling any remorse because she knew she had fallen for him. Even though it wasn’t deep love yet, but at least she knew she felt something for him

She broke the k*ss and chuckled, held unto his shirt and placed her head on his chest.

“I like you too” she muttered. He grinned and stroke her hair. He held her hand and squeezed it. She looked up at his face

“what now?” she asked, staring into those green eyes that looked at her

“now, I play chess with you” he said and placed her hand on his chest.

***
It was night time. The folks were at Ross’s garage having a little cowboy party. It was mainly youths but older men were seen drinking in groups and laughing to their own jokes

Young cowboys were either playing game of arms, gambling, dancing with the girls or taking shots.

Rosetta had her arms wrapped around Eugene’s left arm and her head rested on his shoulder as they walked to the garage yard. Few eyes turned to look at them and Eugene chuckled.

Someone walked to them

“do you drink?” Eugene asked, looking down at Rosetta’s face on his shoulder
She shook her head

“I’ll just take one” he said to the guy. He collected one bottle and Rosetta raised her head

“I’ll go get a Coke can” she said and he nodded. They both watched her as she walked towards the shop

“excuse me” Eugene said and shoved them off and walked away to look for Rosetta. She wasn’t at the stop anymore and he looked around for her.
He saw a Coke can on the ground afar off, beside a huge tree and he approached that side. Close to the tree he heard groans and sobs from someone who it seemed like the mouth was covered.

He ran there and Brandon was tightly holding Rosetta’s hands and her mouth was taped. His second hand was moving under her dress and she was kicking against him.

He huffed angrily and punched Brandon hard on the face. He punched him more than once and his face began to bleed from the nose, mouth and under his right eye. He fell down and Eugene quickly untaped Rosetta

“did he touch you in …” her face was teary as she looked at him. He gulped and turned to Brandon who was just standing up

“you b*st*rd! How dare you!” he yelled as he jacked him up by his collars. He punched his stomach and pushed him on to the floor

“Eugene that’s enough. Please” she begged and clasped her hands around his arm

“and you! Stay away from her!” he yelled
She pulled him and they walked away. Eugene was sincerely angered. His mind kept showing him Brandon’s hand in her dress. He gritted his teeth and his muscles stiffened.

“okay. You two take care” he hailed and Eugene nodded and walked off with Rosetta
It was a silent walk. Eugene kept pondering on what Brandon actually did to Rosetta

“are you okay?” he asked gently
He stopped walking and held her face, smoothing it with his thumb

“I’m okay” she muttered
“what did he do?” he asked, hoping she could answer

“he didn’t actually… He just… Touched me” she stammered

“down there?” he muttered and she hit him, hugged him and giggled

“it’s okay, you deserve to know” she replied and released from the hug, though her hands were still on his shoulders. He looked her straight in the eye and placed his hands on her waist.

He began to k*ss her and she k*ssed back. It was actually a rough k*ss unlike their first k*ss. Eugene kissed her with possession and dominance. He was not willing to let go of her.
Rosetta on the other hand was too fragile for the force his mouth possessed. She soon got tired

He stopped the k*ss and looked at her as she was panting much more than he was.
They burst into laughter and kept on walking in each others arms, non saying a word

Just then, two men came out in front of them. They were muscular and looked rugged

Another person walked out from a dark area. It was Old Robs

“yes we are” Eugene replied
“well, I like the Mexican girl. And I would love it more if my son has her to himself” he said and Brandon walked out with bruises

Rosetta became scared and held on tight to Eugene. He looked down at her face and whispered something only Her could hear

“let’s have the girl.” Brandon ordered

“what girl?” Eugene asked with a stern face

“why do you want her? I’m sure you didn’t bring two thugs with you just for the girl” Eugene stated and Old Rob grinned

“you’re wise. Boys, get the both of them” he ordered. The two men waged towards them and Eugene brought out his gun. Rosetta immediately ran off into the dark as Eugene shot at the men. They dodged the bullets and kicked his stomach. He groaned and tried to fight back but they were big and muscular. One blow from them got him under submission

They knocked him off and took away. Rosetta wasn’t really far away. She only ran behind an old kiosk. She peeped at them and became even more scared

“what about the girl?” Brandon asked
“Lady Joan would get her” Old Rob replied and they walked away

“Lady Joan?” she muttered to herself

She breathed heavily and looked again, they were still moving in the darkness. She looked at the ground, Eugene’s gun.

She braced up and went there and took it. She cocked it and stealthily trailed behind them.

Her eyes were used to the darkness already so she didn’t have a difficulty in seeing them. They opened a door and pushed him in then closed it

“so what now?” Brandon asked
“we wait for his father tomorrow. If we can’t get the ransom, we waste the son. He would leave this place and won’t think of helping Ben to enlarge his farm” Old Rob replied

“and there’s no way he wouldn’t pay the ransom. And when he pays, he’ll still take his son away” Brandon said

“in both ways, we still win” he added

Rosetta gulped down. She stayed quiet for minutes until she was sure that they had left. She looked again and saw one of the men guarding the place. She quietly left the place and went to the farm house. She saw a car dropping off Lady Joan so she hid behind a pillar. Once her auntie was already inside, she went through the back yard to Eugene’s room. She opened his window and got in. It was dark in his room and she had to get a flash light. She couldn’t turn on the light because Lady Joan would notice someone is inside. And she was sure that Old Rob had told her about the success of their kidnap

She walked and hit the bed, she checked to see if there was a flash light. Then she remembers that while he was whispering to her, he gave her his phone

She brought it out from her dress pocket and sat down on the bed. She texted his father

✉ Sir. This is Eugene’s friend from the farm. He’s been kidnapped and they are going to ask for ransom. If you don’t pay, they would kill him and even if you pay, they are still planning to kill him. Please sir, Eugene needs help. I know where they’re keeping him, bring all the help you can tomorrow but don’t let it be too obvious

She sent it and hoped he would get the message. Her heart was beating. She tucked the phone in her pocket and stood up to go through the window

“oh, there she is. She came to stay in her boyfriend’s room” he said with an evil grin

The gun was still in her second pocket
She braced myself

“what do you want?” she asked, not showing any sign of weakness

He began to walk towards her, the two boys entered the room too. She looked to her side and saw a big baton. She began to stagger backwards to the table that it was on. Brandon thought she was scared of him

“don’t be scared my darling. I just want us to have a little fun time before you follow me out.” he said and began to unbuckle his belt

“your boyfriend isn’t here to stop us this time. So it’s gonna be hot” he added and removed the belt, dropping it on the floor

“boys, excuse us” he said again and the boys grinned and walked out, closing the door

“come to daddy baby” he said and immediately, she grabbed the baton and hit him in the groins. He yelled loudly and fell on his knees.

She pushed him down and sat on him then threw the baton on the bed. She covered his mouth and the door opened. She looked back, it was those two boys who heard his loud groan and wanted to know why he would scream like that

“aren’t you distracting us” she asked. They were facing forward so the boys didn’t see Brandon’s face. They actually thought she was riding him

They grinned
“sorry” one of them said and closed the door.

“gosh, I think I’m getting a hard on” the other boy said

“that girl is hot!!” said the first one

They heard a big bang and they shrieked and opened the door. Brandon was choked up with his belt tightly tugged unto his neck and a bullet wound in his leg.