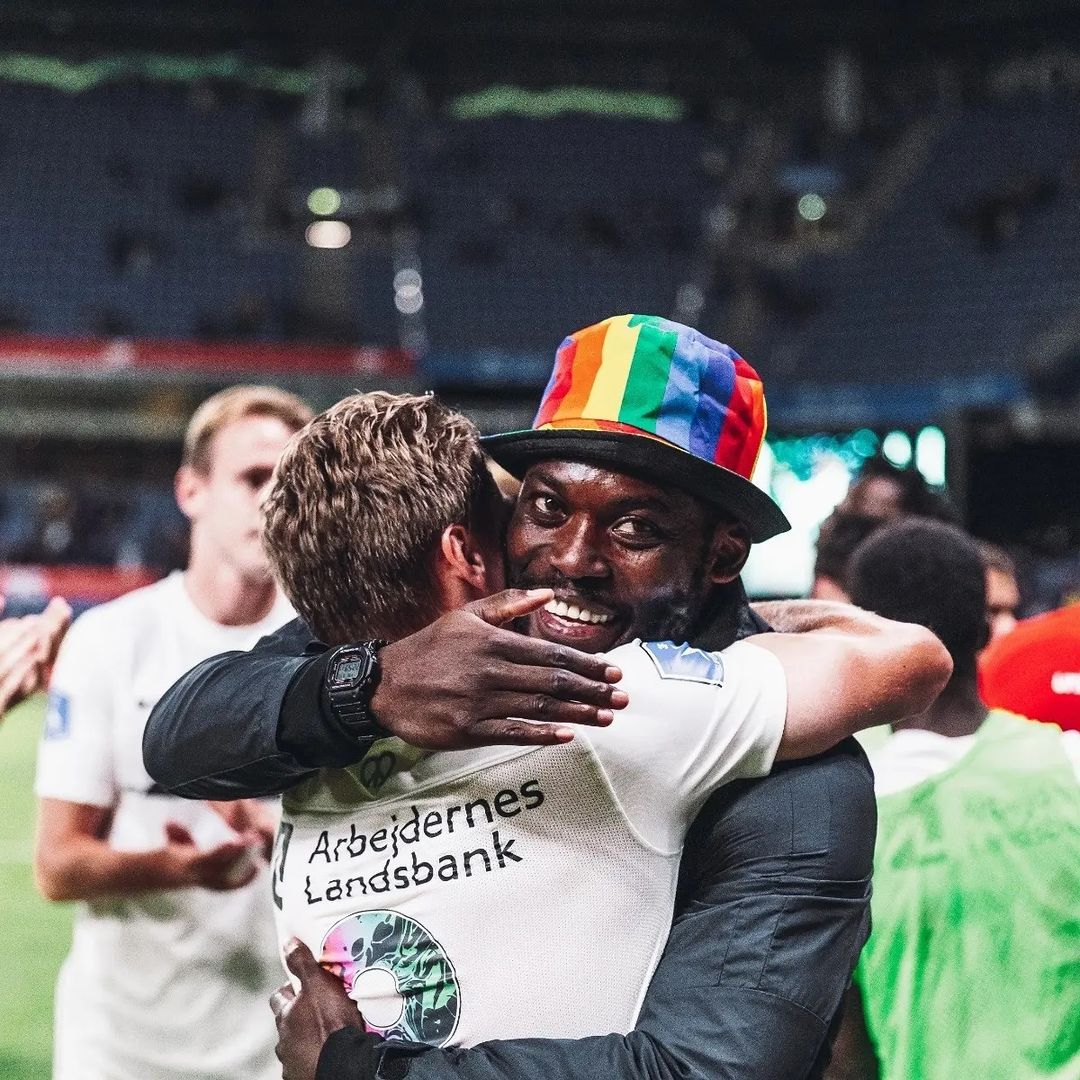 Ex Ghanaian footballer Michael Essien is once again in the news over his support for queer people after enduring a massive troll on social media over his first attempt.

Michael Essien became a topic of discussion for over a week after a post he made somewhere in March on his Instagram pages throwing support for the LGBTQI community in Ghana which got the wrong reactions and turned out to be a media ruckus.

He later deleted the post which was far long captured, thanks to the features of screeshot. 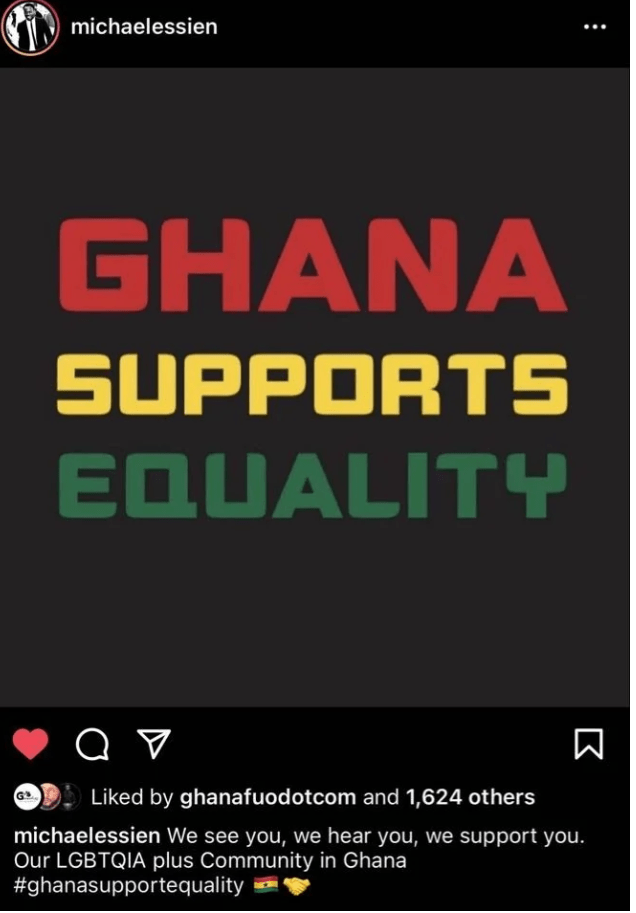 That notwithstanding, Micheal Essien has once again expressed his love and support for the people when he wore the colours that represent the community in his hat to the touchline when his side Nordsjaelland took on Brondby IF.

Interestingly, the ace Chelsea and Real Madrid midfielder is not the only one who rocked the colour. The captain of the team and some management board were also rocking the colours