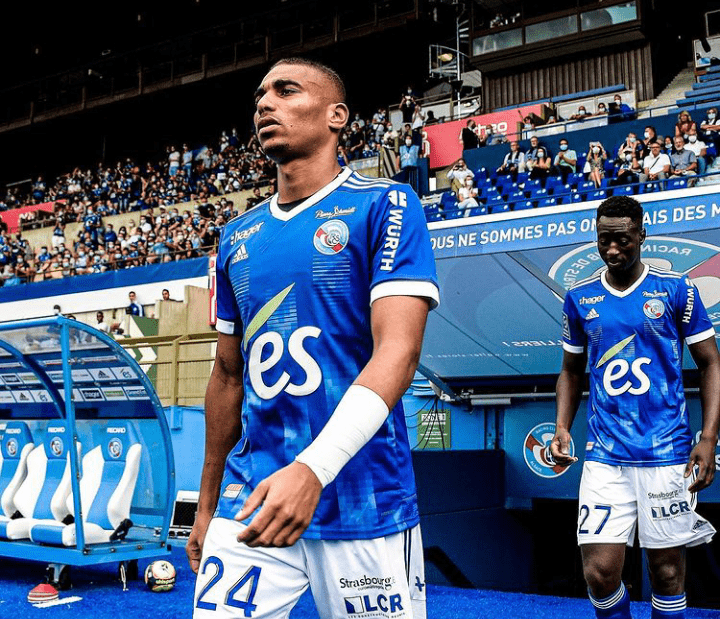 French-born Ghanaian defender Alexander Djiku was red-carded during his Strasbourg side clash with Paris Saint Germain on matchday 2.

Djiku with other French-born Ghanaian players such as Marvin Senaya, and Majeed Waris were all in the line for the side that lost to the French against but only had Djiku play until his ‘harsh’ sending off.

Strasbourg after goals came back stronger and pulled two back through Kevin Gameiro and Ludovic Ajorque came in the 53rd and 64th minutes.

The one more deficit was mission possible until Alexander Djiku picked two yellow cards in two minutes span to see the end of his feat that leaves side a man down hence giving the home side another upper hand through a goal from Pablo Sarabia.

Alexander Djiku’s second yellow came after he nudges Icardi to the ground in a challenge for the ball, but there does not appear to be a lot in the tackle. The referee is convinced and brandishes a yellow then the red card. A harsh one to say the least.