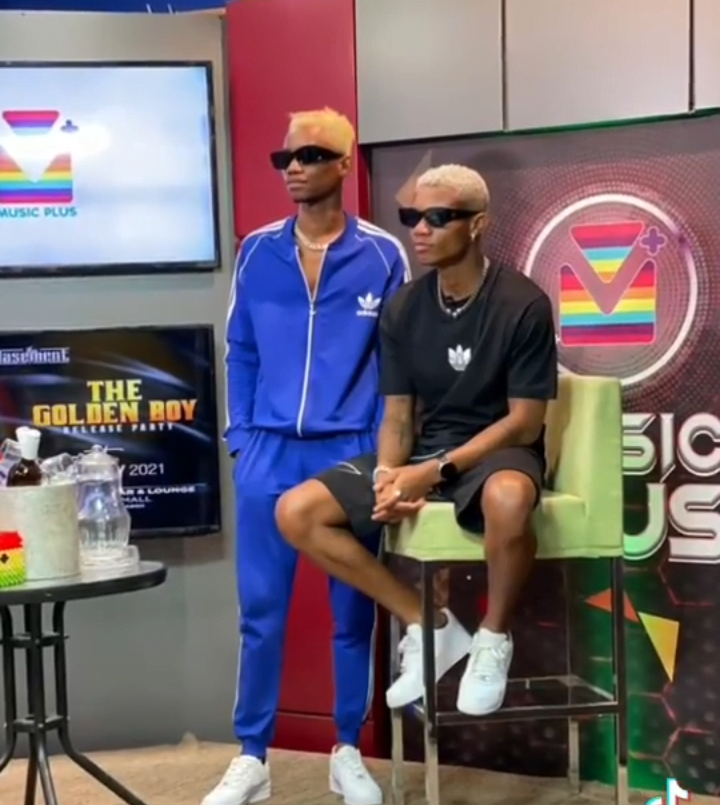 Being an apparition of a superstar must come with some benefits as usual in Ghana. That was the point as a young man who is believed in his locality to be singer Kidi’s ghost twin finally meets him.

It was a joyous atmosphere for the young man as he meets his superstar and ‘twin’ that has no genetic traits of his.

The unnamed young man became an internet sensation since the emergence of the singer into the music scene – cloning the singer in fashion, hairstyles, talk and walk.

Kidi met the young man on his TV3’s music music stage as which was past of his Golden Boy promotion show. His gaze at the young man can tell that Kidi was really impressed by the young man’s code of dressing and presentation.