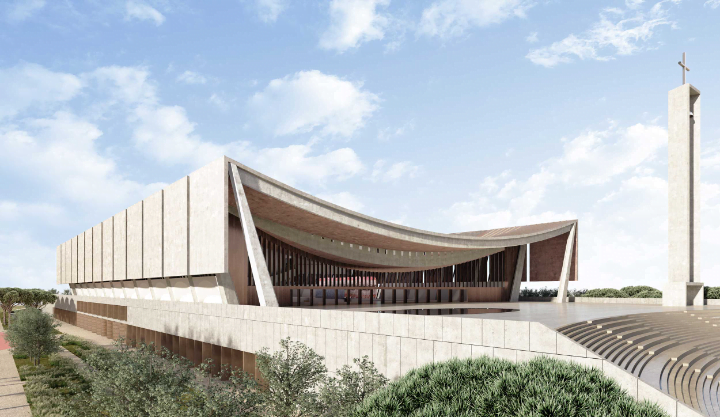 It has been revealed that Ghanaians have contributed an amount of $50 million towards the building of the National Cathedral within 5 days after a national call for donation.

This was communicated by Rev Ameyaw Ebenezer Saka, Head of the Church Relations with the National Cathedral project.

In a radio interview on 3 FM, Rev Ameyaw Ebenezer Saka encouraged Ghanaians to contribute towards the completion of the project.

“This is going to bring huge tourism in this country, a lot of people are going to get jobs and we will see tourism having a facelift,”

“How much it has come in? Thank God we have gotten a seed amount from the state and also with the various fundraising we held in Accra in December 2018, in Washington in 2019, and also in Kumasi in January 2020, we have had quite an amount of money. “I think that about half of the hundred million.”

These 12 Regions On Red Alert Over Bird Flu Outbreak