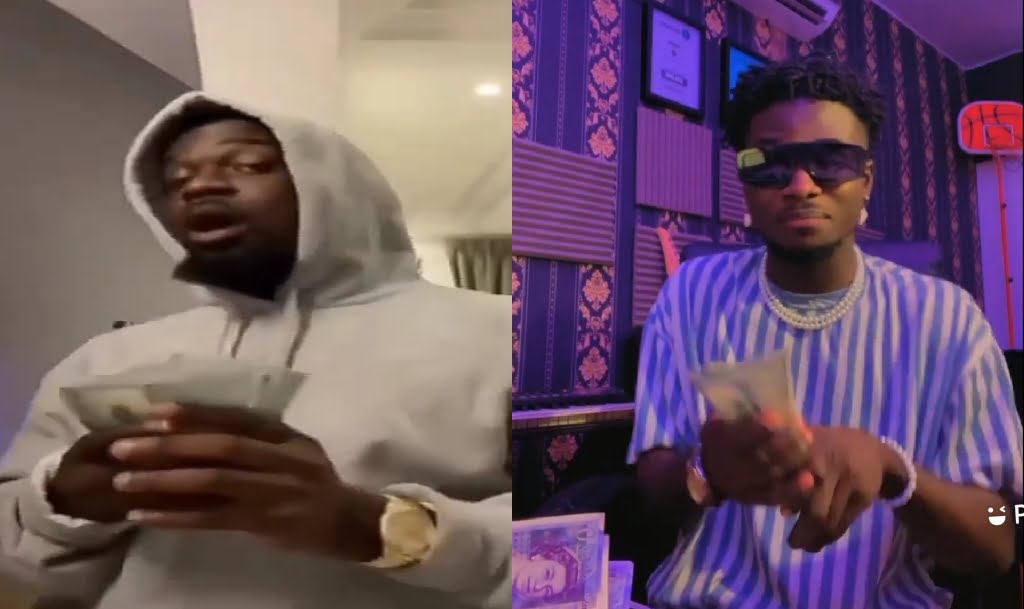 Hilife star Kuami Eugene and most decorated rapper Sarkodie can’t seem to have enough of the former’s hit song Dollar On You as they join the challenge.

The rapper has expressed love for the song since its release and has been seen several times jamming on it.

The love for the song skyrocketed after the singer announced its challenge for which he promised a promising amount of money to anyone who will emerge, winner of the challenge.

Fans have since been pouring in videos of themselves dancing to the song.

Interestingly, the dollaronyou fever has surpassed only fans as Sarkodie and Kuami Eugene have taken on the challenge.

The two superstars have shared a similar video of themselves on the challenge with a bulk of dollars.