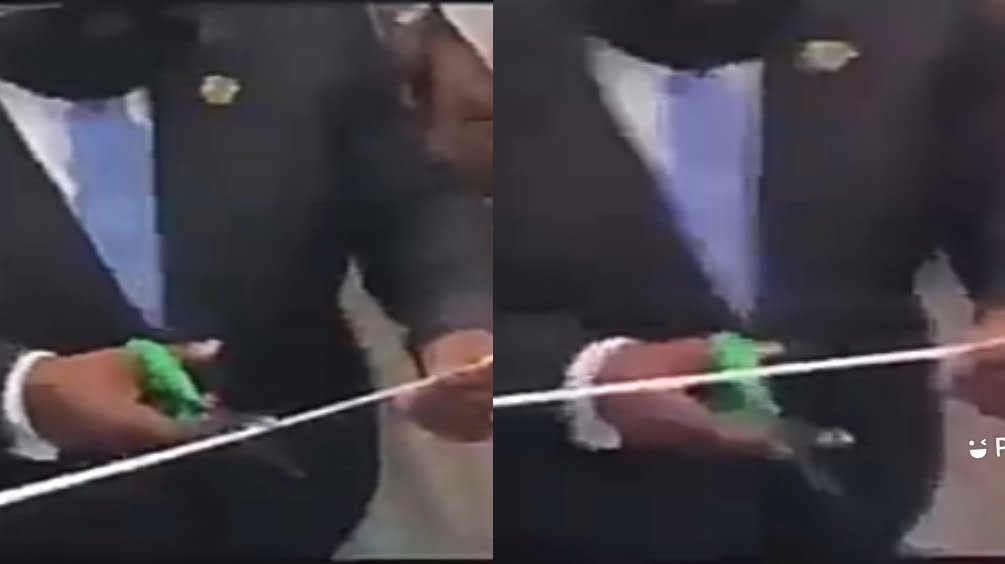 A video in circulation has the president of the Republic of Ghana Akufo-Addo struggling to cut the ribbon at the sod-cutting ceremony somewhere in Ghana.

The excellency the president is one person that has surprisingly sacked some proper out of his government because of old age but it seems it is rather his time ‘sacked’ himself out of office for this same reason.

In the circulating video, he tried 4 times in finding the ribbon, and finally succeeded on the 5th account. The cause can only be old age [ which may be affecting his sight ] and tiredness.

Daniel Yao Domelevo, the former auditor general was thrown out of office due to his age and forced into retirement but was later replaced by someone is older than him. And also, Nana Akufo-Addo is older in age than Domelevo but that was the case.

President Akufo-Addo government has been the most criticised one of all time not on propaganda and this video is definitely one of those reasons someone will say the president is biased with his dealings in the country, Watch the video below.

Ugly Ladies Sweeter In Bed Than Beautiful Ones – Counselor Lutterodt