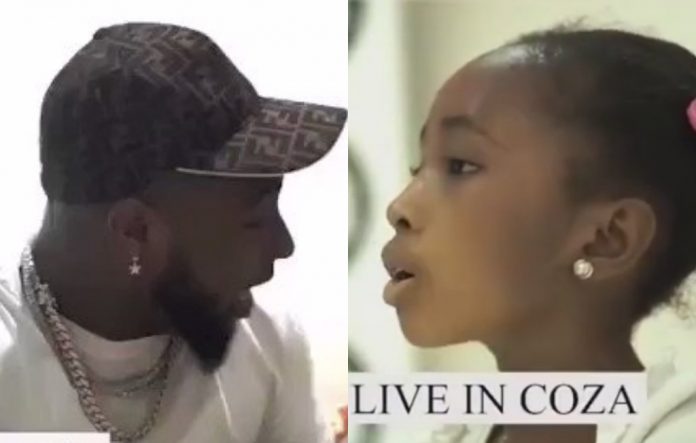 David Adeleke aka Davido has expressed his displeasure about how a video he did with a little girl for entertainment purposes has been edited for church advertisement.

According to Davido the kid was introduced as a fan and he did what has to do to appreciate a fan. 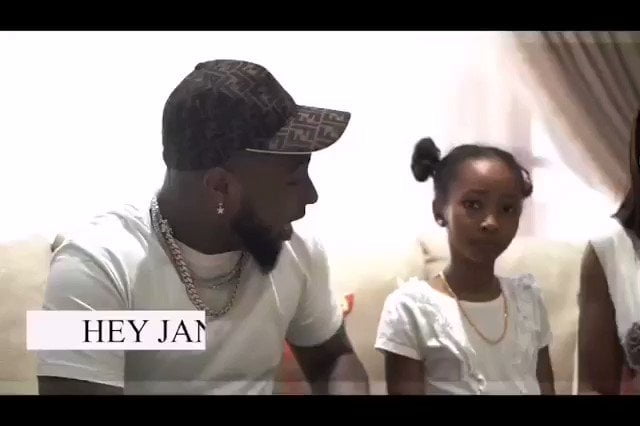 In the video Davido was not seen mentioning the church’s name but the kid and her mom did, however, the video was later edited to look as if he did. Which got fans asking if Davido has become African Kanye West.

The video was rather taken for commercial purposes and was even posted by the COZA ( Commonwealth of Zion Assembly ) leader, Pastor Abiodun on IG but was later taken down after Davido warned. 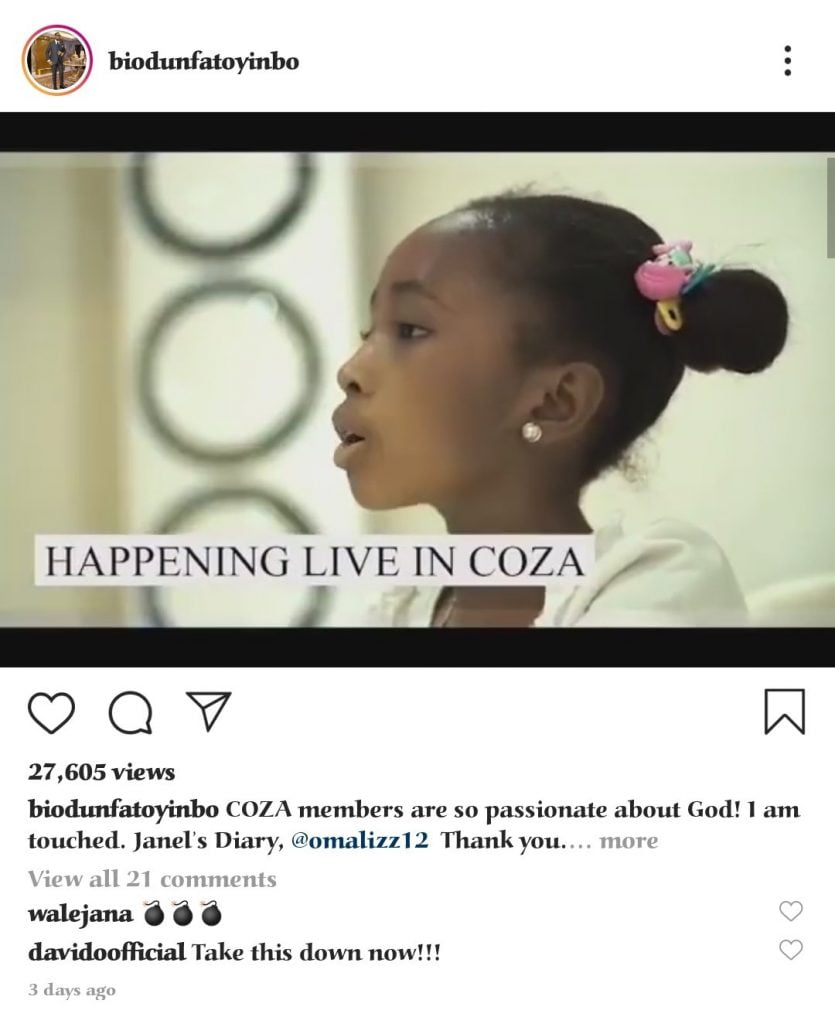 The OBO Boss therefore took to his Twitter to warned anyone involved in commercializing the video before taking his steps. 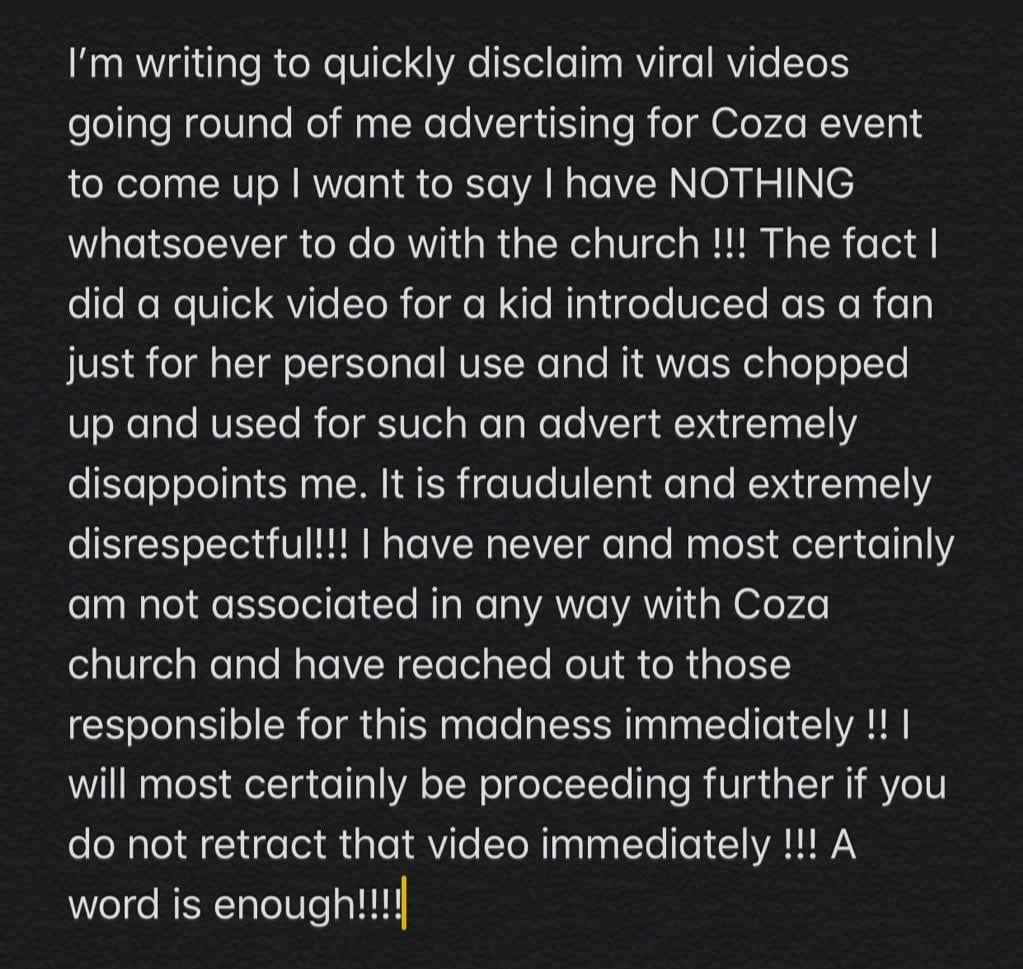 READ ALSO: Tekashi69 Has Been Sentenced