Globecalls.com
Home Africa Ghana I Will Double Pay 10 Years Salary Of The ‘Dancing Nurse’ If...

Philanthropist and businessman HRH Oscar Yao Doe has revealed that he is willing to pay the two times the salary of the dancing nurse 10 years in advance if she get sacked.

This came after news of The Ghana Registered Nurses and Midwifery Council [ GRNMC ] hunting for the identity of lady captured on video which has gone viral on social media twerking in a nurse uniform.

In Oscar Doe‘s first reaction to the video, he revealed that the stress on the front line workers gas been enormous and there could be no other possible meas of easing the stress more than dancing and shaking her ‘ own bum-bum’ thereby edging the GRNMC to redraw from the hunt.

…Are We Promoting Outdated Mindset! So Nurses Having Fun By Twe#king Their Own Bumbs For Dancing Pleasure To Ease All The Stress. Has Become An Offence? Really? Interesting.

Especially During Covid-19 Pandemic Impact When The Stress On Health Workers Has Become Enormous Daily Challenge! Please Redraw This Letter It’s Needless.The Ghana Registered Nurses and Midwifery Council (GRNMC) is searching for the identity of a lady captured on video which has since gone viral on social media twerking in a nurse uniform…

To further support his argument in defense of the ‘dancing Nurse, Oscar Doe has vowed to pay the nurse in two folds 10 in advance if the GRNMC finally get her laid off. 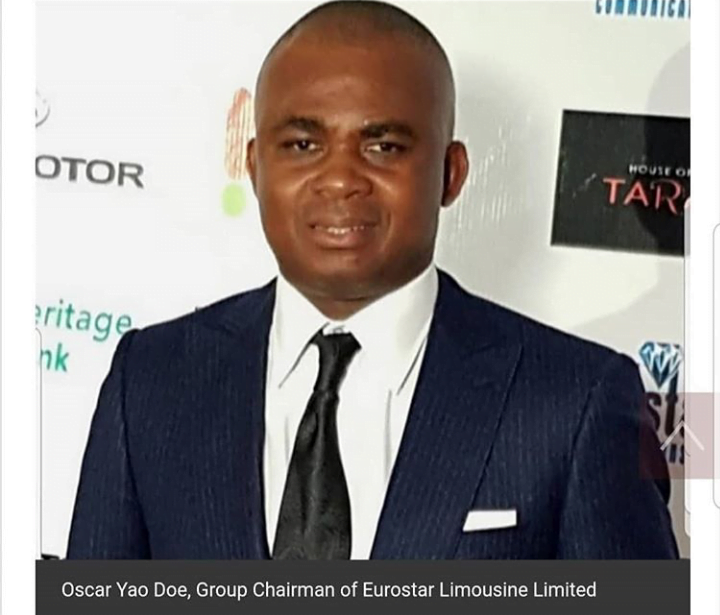 A few days ago, video of a nurse hit the internet and immediately went viral, this was due to the fact that she was dancing to “Chocho Mucho” by Bless. Her act has generated several reactions on social media, with many questioning in her professionalism – how can she be dancing while on duty, even though it’s hard to tell if she carried out the act during working hours.

Millionaire and owner of Doscar Group Holdings, HRH Oscar Yao Doe has come to her defence, classifying her dancing as a form of expression of her beauty through art and culture. He stated this after report surfaced that Midwife & Nursing Council will relieve the said nurse of her duty.

HRH Doe expressed his appreciation to the council for the selfless work they put in place during this pandemic which has led to a surge in the number of recoveries within the past couple of days. However, he said, the decision to relieve the nurse of duty isn’t right. He promised to double the salary of the nurse for ten years if the council proceed with their decision. 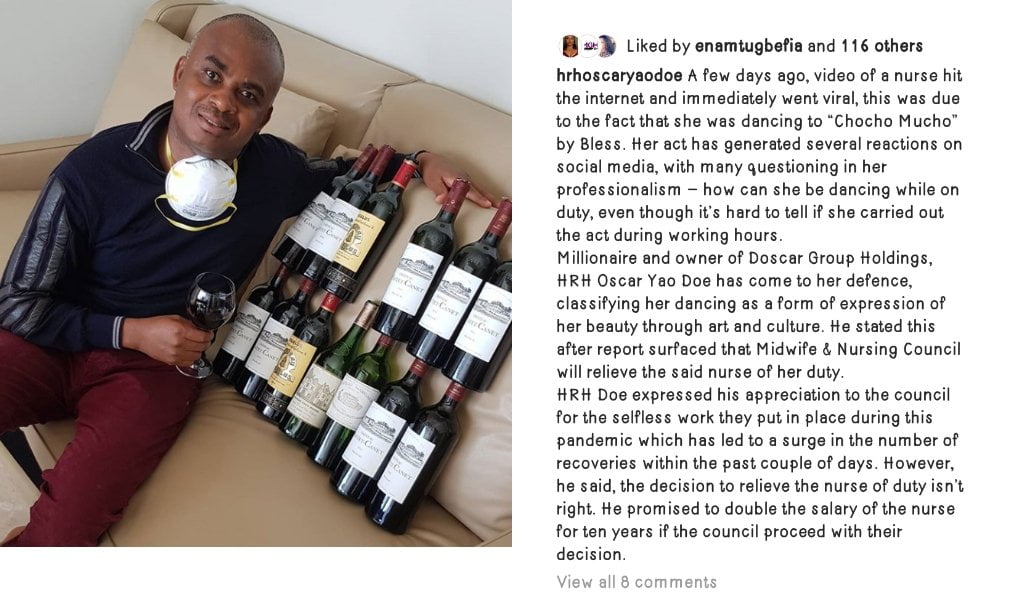 ‘Apple’ tree in Wiamoase Turns Out To Be Fig Tree

Ghanaian Teen, Kyle Ayisi Accepted Into 14 Universities In The US.