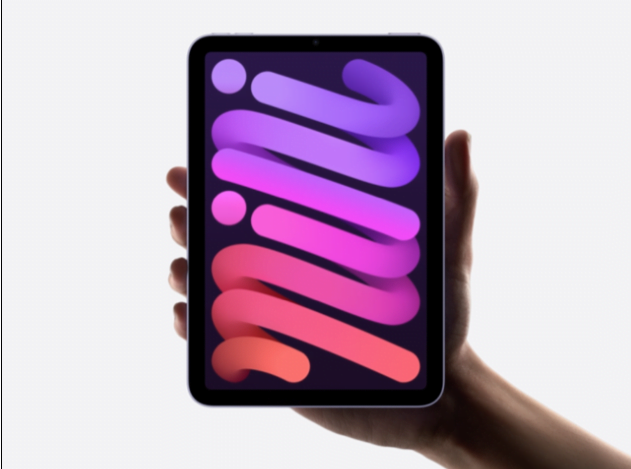 Apple’s best tablet so far is the 2021 iPad Mini, you are definitely going to check it out for the first time so you must know the size doesn’t affect the capabilities this time around.  Below are the reasons you will want to try it and attest to this fact.

The smallest of apple’s iPad generation got the biggest update. It is a total overhaul with an all-new modern design, bigger screen, brilliant video call camera and a lot of packed powers to drive you through till we see their next release.

Acquiring this pretty handset is the right deal if you want to have more years of support out of your iPad mini because it is the only iPad with the bionic A15 [ the same chip in the iPhone 13 Pro and Pro Max ]. Though we can’t tell when Google will be updating the tablet but it will be sooner than 3 years this time and the A15 is likely to find its way into the iPads and iPhones in years to come.

Recommended article: Best Way To Use Third-Party Accessories For Find My, On iPhone / IPad

The iPad mini’s form factor is the biggest hit, with a physical size that is close to the size of a notebook but much thinner at only 6.3mm [ 0.25 inches ]. While the previous model was svelte, the design was dated compared to its contemporaries like the iPad Air and iPad Pro-Line.

It is no longer the case as Apple has employed more strategies considering the reviews and ratings of most users to make a new ‘perfect’ design. Though it is slightly shorter than the previous model, the 2021 iPad mini has a larger 8.3inch display with much smaller bezels than the 5th generation model. This move also made Apple ditched the home button just as on other iPads and iPhone models. While the iPad mini lacks the face ID, you can still do the locking and unlocking job with the fingerprint [ Touch ID ] that is embedded in the power button on the side of the unit.

Shockingly, it got more screen real estate than all iPad mini that ha com before while still being the smallest iPad Mini ever produced.

Taking photos with the tablet is professionally uncool but photography is often a sporadic pursuit and you never when the perfect photo opportunity will present itself. The 2021 iPad mini has a 12MP wide camera on the rear of the unit, upgraded from 8MP from the previous one.

The camera is better than the old model in almost every way; a larger sensor that lets in more light, a faster aperture of  f/1.8, and for the first time [ on the mini ] a quad flashlight for better shots in the dark. And the A15 Bionic SoC. Image processing is often one of the things Apple improves year on year, so look up for cleaner from the improved signal image processor on the new silicon.

Also, on the front of the new piece, is a 12MP ultra-wide lens, which enables one of Apple’s new standout features: Centre Stage. This feature allows you to be tracked around the room whilst on Facetime call by using an ultrawide perspective and software perspective correction.

5G AND USB-C AT LAST

Apple’s Lightning port is one of the last proprietary connectors in the industry. Other iPad models including the iPad Air and premium iPad Pro line have used USB-C connectors for a while now, and it’s finally time for the iPad mini to join them.

This means you can use any old USB-C cable to charge your iPad mini or connect USB-C peripherals like keyboards and mice directly to your tablet. If you use an external drive or sync your iPad mini with a computer you will be able to take advantage of faster transfer speeds, since Lightning connectors are still ultimately operating at USB 2.0 speeds.

If you like your iPad to have a cellular connection, the cellular version of the iPad mini now comes with 5G support for even faster-roaming internet speeds. Unfortunately, 5G coverage is limited to sub-6GHz wavelengths (there’s no mmWave support as yet), but it’s still faster than 4G in supported regions.

For future-proofing home wireless connections, Apple has updated the tablet to support Wi-Fi 6, too.

Apple’s best stylus now works with the iPad mini, with support for the Apple Pencil 2 on the sixth-generation portable. The stylus snaps to the side of the tablet for charging and safekeeping, though you’ll have to cough up an extra $129 for the pleasure.

This makes the iPad mini perfect for handwritten notes, annotating documents, or doodling in apps like Paper and Procreate. With a screen size of 8.3-inches when measured diagonally, the iPad mini isn’t much of a canvas for serious digital artists, but it has its uses nonetheless.

You can even turn your iPad mini into a makeshift drawing tablet for use with your Mac or PC.

While the similarly powerful iPhone 13 starts at $799, the iPad mini is $300 cheaper at its starting price of $499. You don’t get as much storage as an iPhone, the chip is slightly slower, and there’s no cellular support unless you opt for the more expensive model but the two devices are surprisingly well-matched in terms of raw performance.

Using an iPad mini as a smartphone isn’t practical or recommended, if you don’t need a new iPhone and would instead prefer a larger form factor with just as much bite, the iPad mini is a compelling choice.

This 2021 iPad mini is no doubt the best small tablet you can buy, but unlike most of its rivals, it is not a cheap machine.

The screen is excellent and big enough to be suitable for most things despite the pocketable size that it comes in. A powerful chip, 10 hours battery life, USB-C and iPadOS with a huge library of quality apps. The Center Stage is perfect for video calls. The Apple Pencil turns it into a great digital Moleskine notebook replacement.

Cons – Expensive, small size is cramped for some apps, no smart keyboard support, relatively small storage with the starting model with no way to add more.

Thanks for reading this article on globecalls.com, hope it answers your reason for your query. Comment and share are well appreciated.