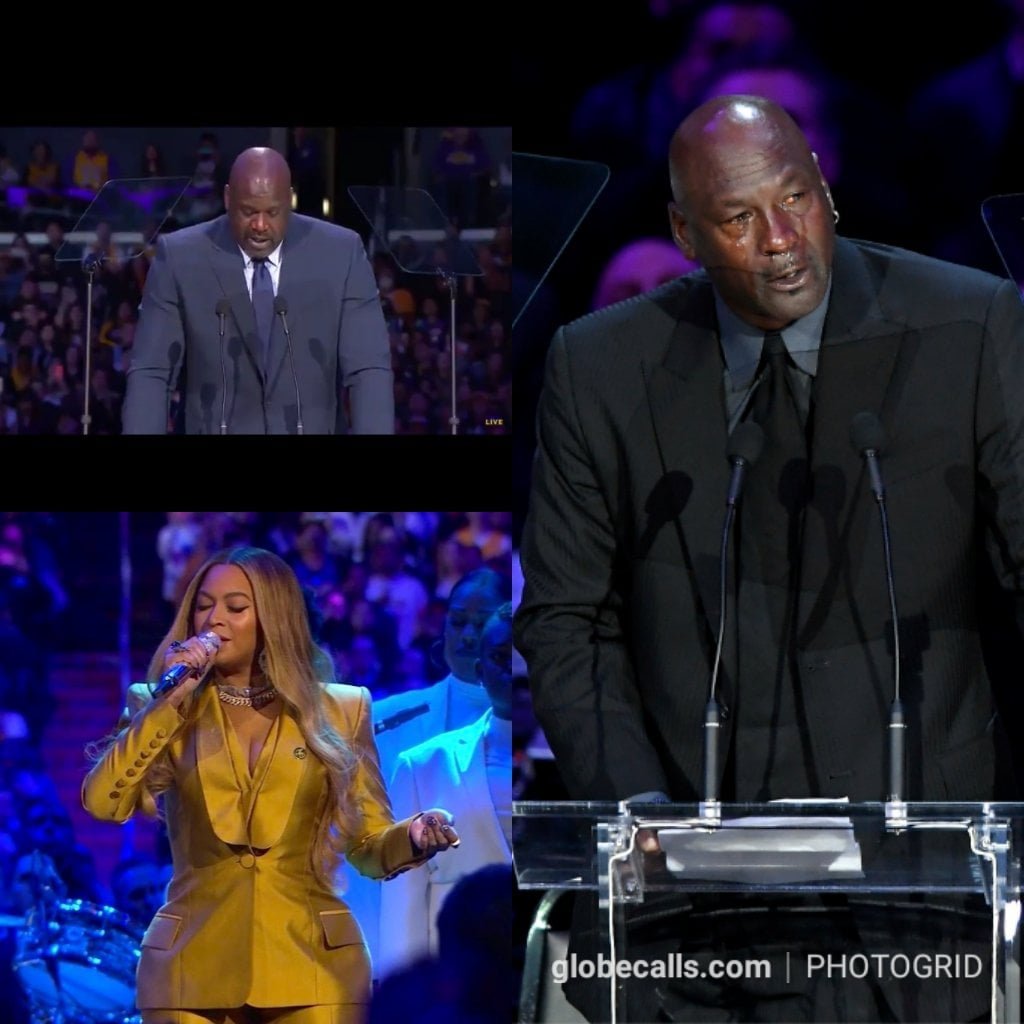 At the Staples center in Los Angeles, California today, friends and family gathered to remember Kobe Bryant and his daughter Gianna in a memorial service that features performances from top stars like Beyonce, Alicia Keys etc and talks from other B-ball legends who were good friends of Kobe.

‘…Kobe was my dear friend, he was like a little brother – Michael Jordan says with tears in his eyes.

“Kobe was my dear friend, he was like a little brother,” Michael Jordan said at the memorial service at Staples Center in Los Angeles to the thousands in attendance https://t.co/G8dM5vM0Zk pic.twitter.com/ibgq8I1FcI

The saddest moment of the night was when Vanessa Bryant delivers her speech on her little late Gianna with tears as the whole sitting applause in consolement. Her speech got some celebs face down in tears.

She must be the toughest mother in the world right now after losing a husband and a daughter, both in a minute.

This is so sad to watch, I can’t imagine how she feels everyday, losing her husband and her child 😩 #KobeFarewell https://t.co/dwkjRxzBDv

The night was full of loving memories of Kobe and his daughter Gigi as Beyonce performed XO, and Halo, two favorite songs of the late star with K.O.B.E and G.I.A.N.N.A designed on Beyonce’s finger nails

I was crying watching this…and then looked down and saw I was playing this song NEXT ON THE RADIO ;0 #signs 😰😰😰#kobefarewell @1043MYfm @Beyonce #HALO https://t.co/LhJYfgiCPf