Michael Owusu Afriyie, better known as Teacher Kwadwo has won the heart of popular dancehall singer Stonebwoy in his fight against the corrupt system that Ghana Education Service has found itself.

The known face in the Ghanaian showbiz industry doubled his push for a better environment and education conditions for kids at the time the #fixthecountry protest was at its peak by continuously highlighting the plight of some schools in remote areas of the country that use stones as desks and trees for shelter or classroom.

On his latest campaign trail where he visited another remote community, a sad story of how the people of the community did their best in helping contractors on demand that you will be charged Ghc 50 if you don’t participate in building the school, only for the school to abandon after completion.

The video has been the topic of discussion hence winning the attention of singer Stonebwoy who pledged his through his popular Livingstone FOUNDATION to make the calls louder so as to get the leaders to the aid of the people.

Stonebwoy upon sighting the video, couldn’t hide his love for education and patriotism, he wrote: ‘I am willing to join in any campaign to make this work, I know y’all have a good heart towards Ghana” 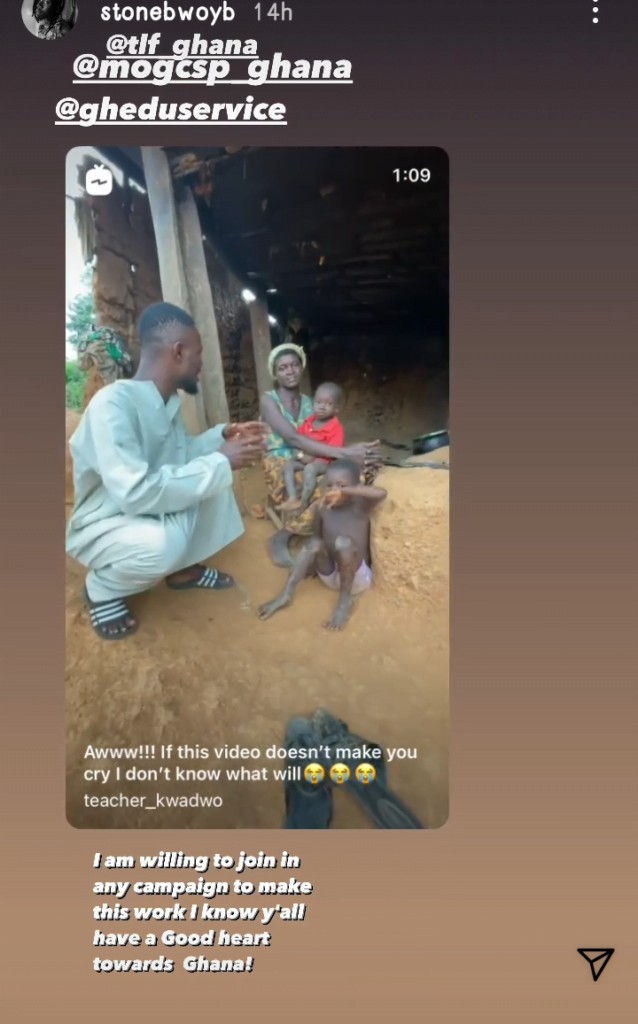