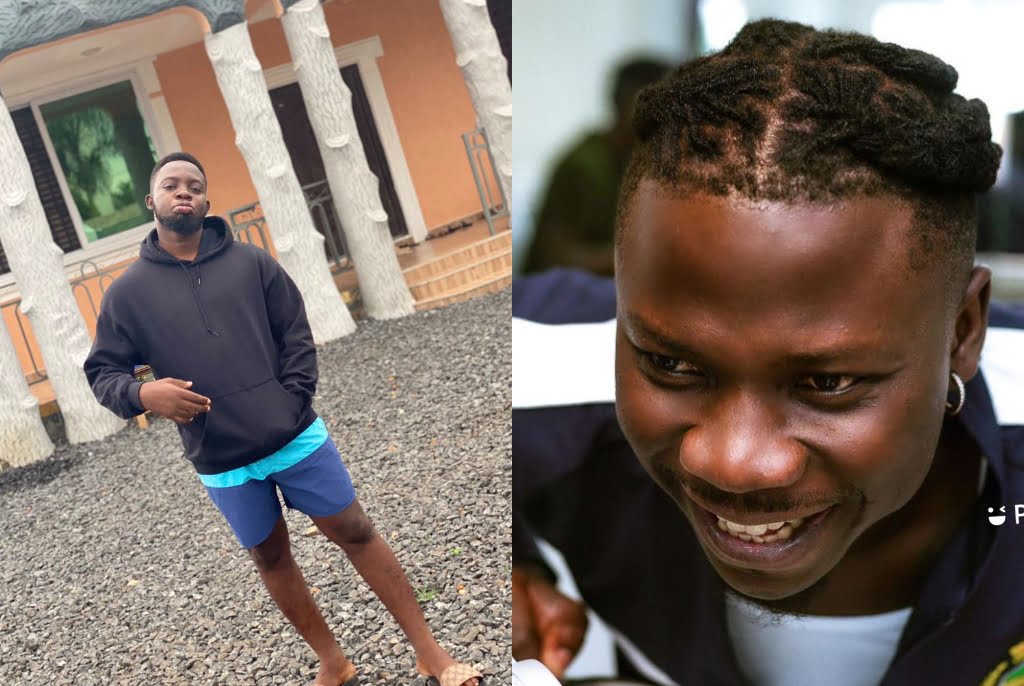 Whilst the Ghanaian social media space seems to be enjoying peace, some critics have put it to Stonebwoy to redeem his eweness by helping ewe talents.

According to these individuals, the “Putuu” hitmaker has not shown any solidarity or support to the talents in the Volta Region…his native home by putting them on which in effect defeats the fact that he touts himself as Ewe.

Sharing their views on social media, one Dr. Ayigbe Borla Bird said he has realized that Stonebwoy has never shared the songs or works of the upcoming and already existing artistes from his region.

He wrote: See @stonebwoy always dey claim ewe, he won’t post songs of boys from the region. He won’t even put them on.

This criticism was corroborated by other individuals who added that Stonebwoy has even moved away from talking about who he is, where he hails from,m, and using his native language in his songs.

According to them, these actions show that 1GAD is not ready to support his people which defeats his allegiance to Ewes and the people of the Volta Region. 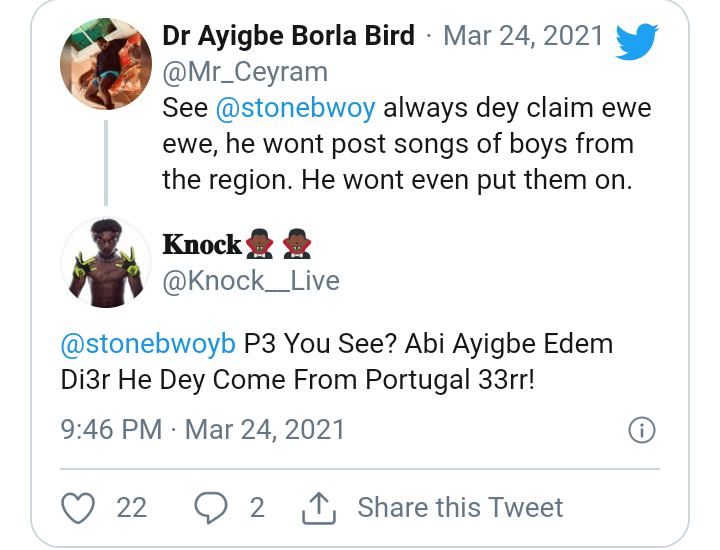 Related Topics:featuredstonebwoyStonebwoy helping ewes
Up Next