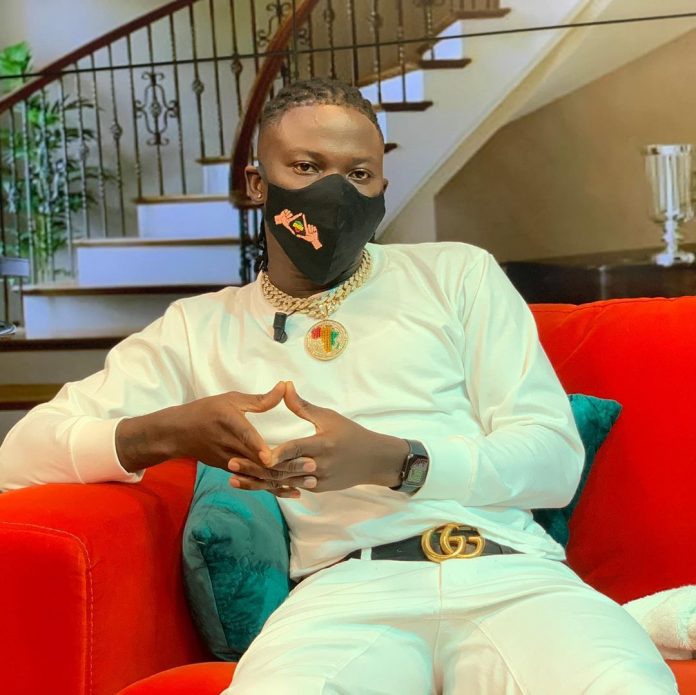 Afro-dancehall artiste, Stonebwoy has revealed how he lost his ability to walk properly at the age of 13 in a gory accident that nearly took his life.

According to Stonebwoy, himself, his father, and sister were hit by a police SUV on the famous Accra-to-Tema motorway which was heading towards Accra.

He explained that they were on their way to Ashaiman when the gory accident occurred where he lost his leg whiles his sister and father sustained major injuries but none of the victims lost their lives.

He bitterly said he and his family have not received any compensation from the police service though they were the cause of the accident which could have been avoided or prevented.

Sadly, he revealed he had won a visa lottery which was to see him out of the country two months before the unfortunate accident. In his account, he added that he was hospitalized for 6 solid months.

This is the first time the popular musician is giving a detailed account of what took the efficiency of his right leg from him.

Lautech University Lecturer Caught In Bed With A Student