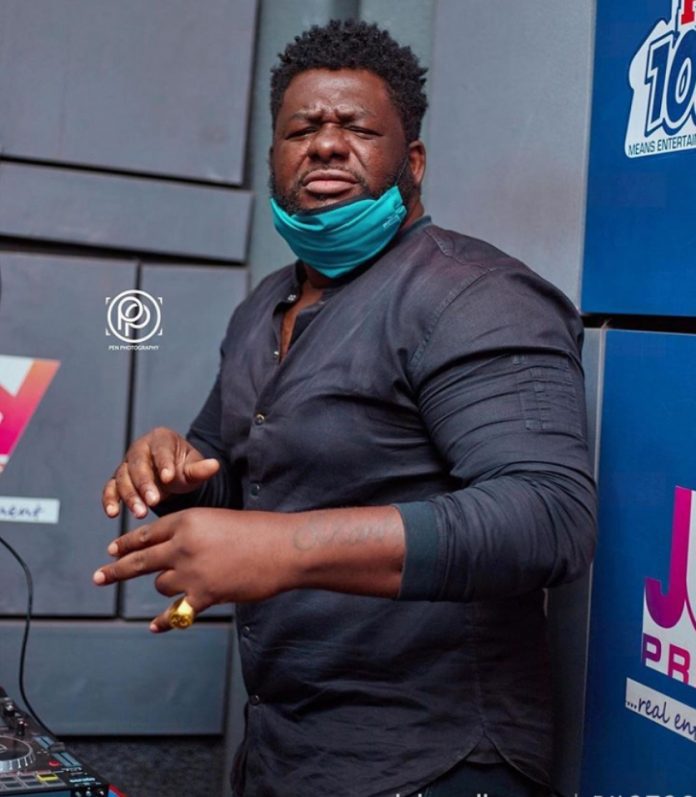 Dancehall musician, Stonebwoy was live on UTV’s United Showbiz show yesterday hosted by actress Nana Ama McBrown.
Discussions were held on his personal life and career where he touched on a lot of things.

One of the things he spoke on was how his former manager Blakk Cedi eventually became his personal manager after been his Road manager for years.

One of the comments Stonebwoy made was that taking a cue from how his relationship ended with Blakk Cedi, he thinks people who chose to be managers must be certified before they can perform that role.

Taking to Facebook, Bulldog wrote that one doesn’t have to go to school before he or she can qualify to become a manager. However, the experience of a manager is something that is gained over time.

So it’s very wrong on the side of Stonebwoy to say Artistes managers need certification before they can manager musicians.

Bulldog also added that if that’s the case, then he’ll also be right to say musicians need certificates before they can be qualified as such whiles in reality that isn’t just the case.

“The general disregard to Artiste Management as a profession, on United Showbiz the most watched and talked about TV Talk Show in Ghana hosted by seasoned and award winning actress, Empress Nana Ama McBrown on UTV, Ghana’s leading, most patronised and best-loved award winning television channel by one of Ghana’s top musical exports, Stonebwoy was so unfortunate.

If you have a situation with your management team please don’t generalise it.

To say which artiste manager in Ghana can show a certificate for management was distasteful and unschooled.
Let us learn to respect each other’s contribution in this space.

You were on the moral high ground about ‘disrespect in the game’ kindly heed to your counsel.

I’m not sure it will be appropriate for one to seek for an artiste’s certificate for them to be referred to as or become one.

Talent management is the knowledge or skill obtained from a period of practical experience with talents, especially that gained in a particular profession.

One’s handiwork and attainment in their chosen field makes them a master of their trade and not a certificate in form of a document.

Their unceasing success in their field of work is all the certification they require.

How joyous it would be to ask for a presidential certificate… 😂 😂

Talent management is a labour of love. Their efforts don’t generate into streams or laurels for themselves so their contribution to the grandiose victory is easily overlooked.

Talent Managers aren’t celebrated in this country because their tale of toil don’t get told.

I am a CERTIFIED TALENT MANAGER without a certificate.

God bless the entertainment space and all stakeholders.

But did Stonebwoy really made that statement? I think what he said was a question he was asked rhetorically in reply to Arnold’s question which he concluded that he made Blak Cedi the famous manager everyone knows.