Controversial Member of Parliament for Assin Central Hon. Kennedy Agyapong returned a cheque of ghc60,000 as a birthday package to his workers.

Today marks the 60th birthday of the MP and owner of Net2 TV who is gradually becoming an investigative journalist than what is he is known for.

In a video trending on the internet, Kennedy Agyapong visited his workers today as part of his routine only to be surprised by his multitude of workers in celebration of his birthday with gifts and most importantly a beefy cheque of Ghc60,000. 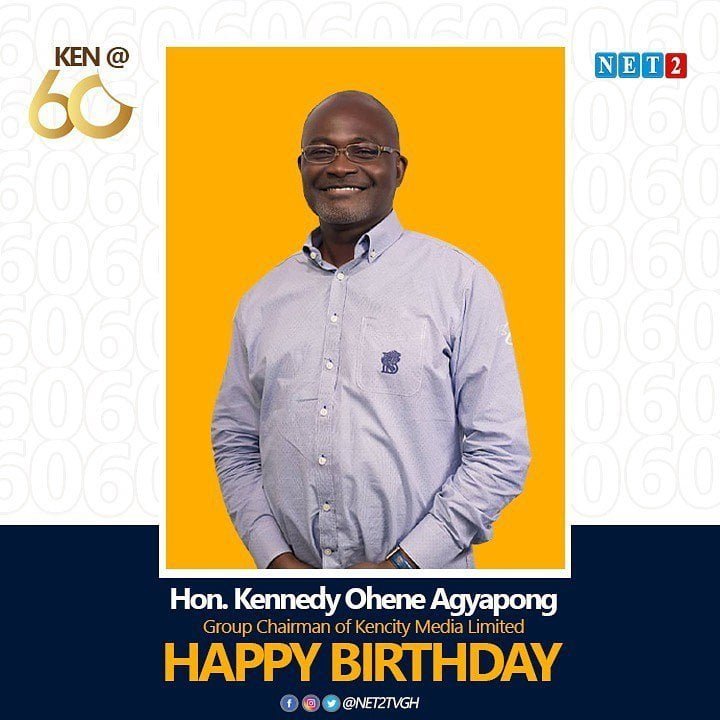 Benevolent as he is, he accepted the cheque but returned it to the workers adding that he is supposed to gift them for their support, hard work and most importantly out of the blessings he’s being blessed with.

Advertisement
Related Topics:Agyapong
Up Next