Globecalls.com
Home Politics The Atta Mills I Know Was Outstanding.. May He R.I.P – Rawlings 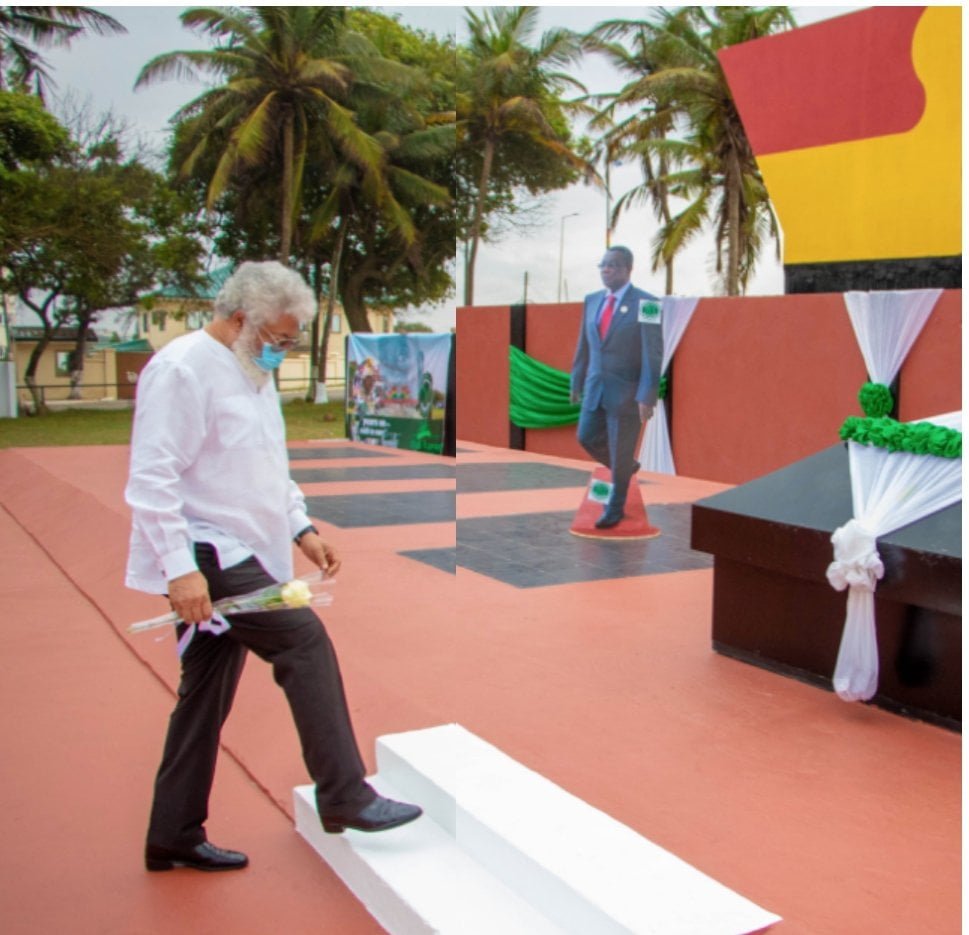 In a tweet, he stated that he “had differences and misgivings over his Presidency on matters related to serious cases of corruption and killings in the administration before his.” 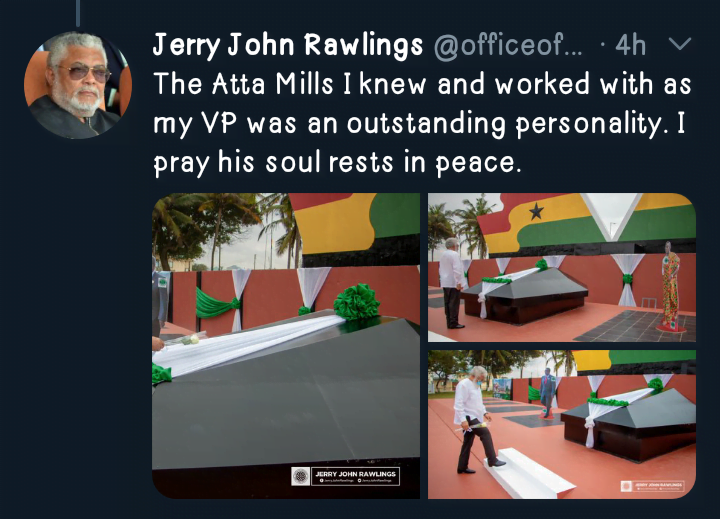 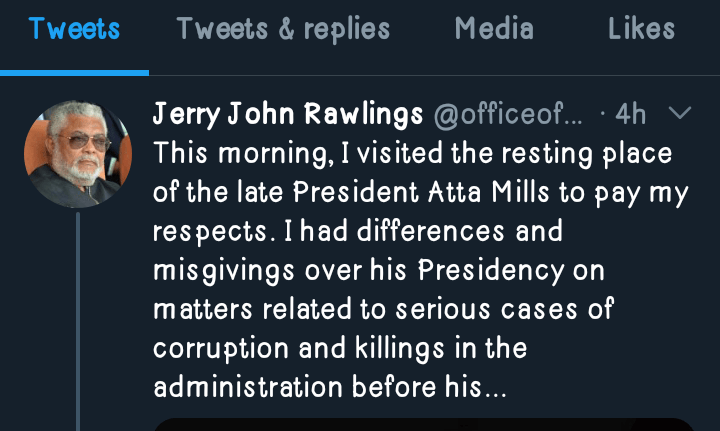 This was in commemoration of the eighth anniversary since the passing of Prof Atta Mills who died in office on July 24, 2012.

Mr Rawlings visited the grave at the forecourt of the Christianborg Castle in Osu, the former seat of government. 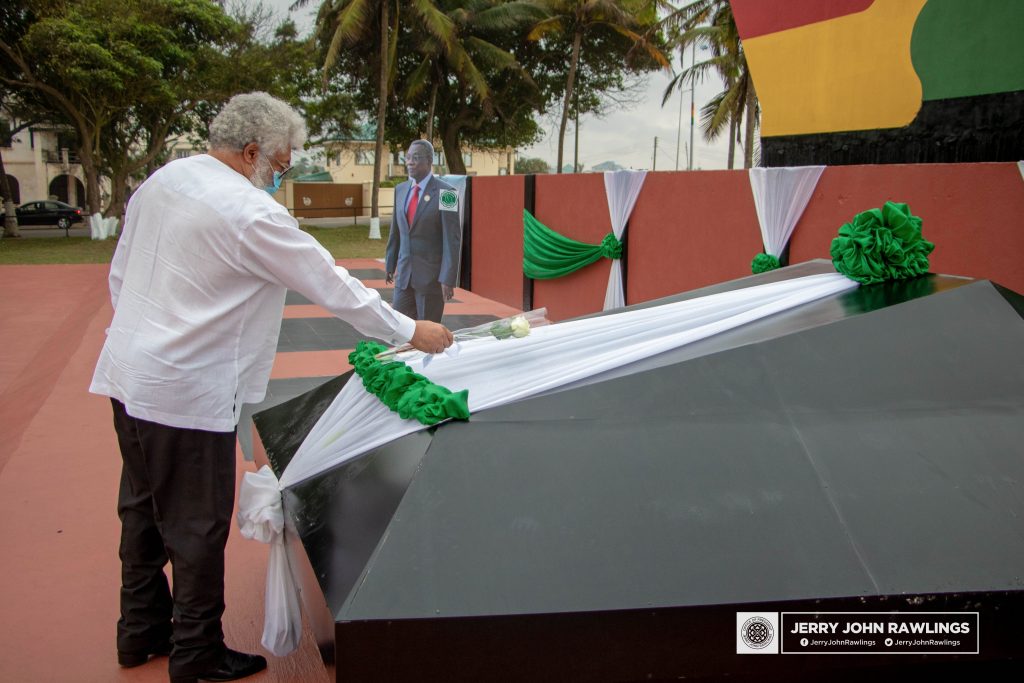 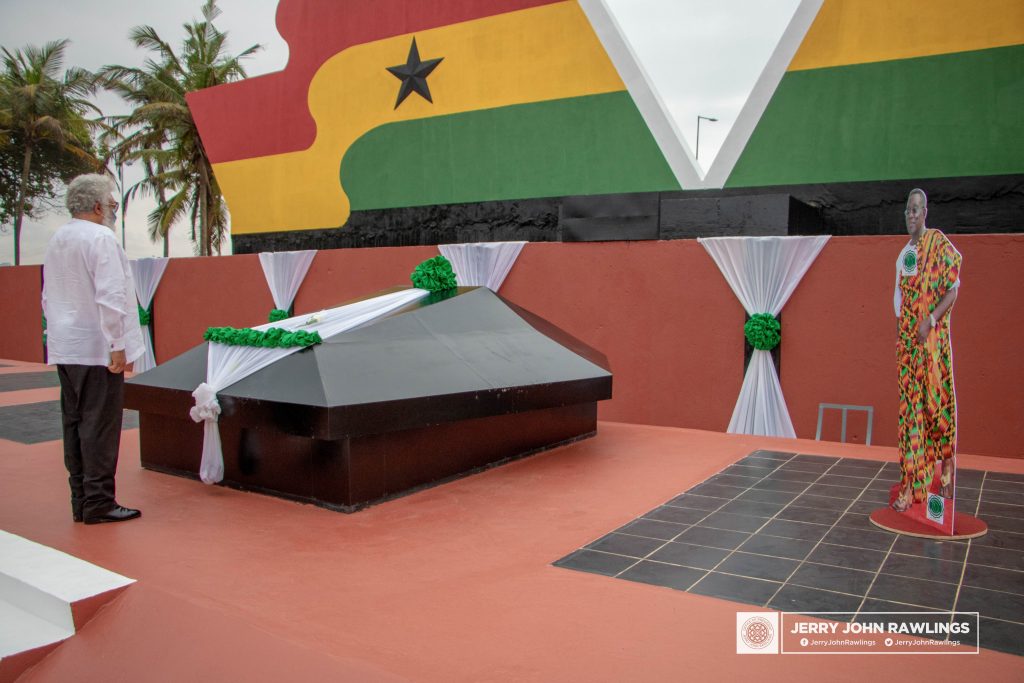 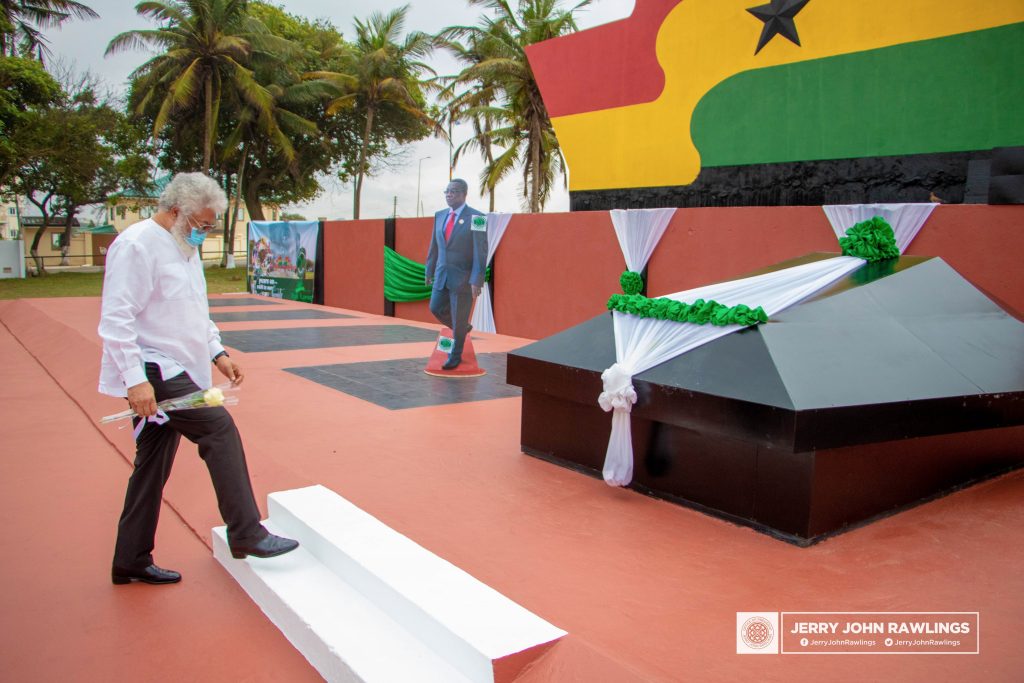 This morning, I visited the resting place of the late President Atta Mills to pay my respects. I had differences and misgivings over his Presidency on matters related to serious cases of corruption and killings in the administration before his globecalls.com follow @gbcnews