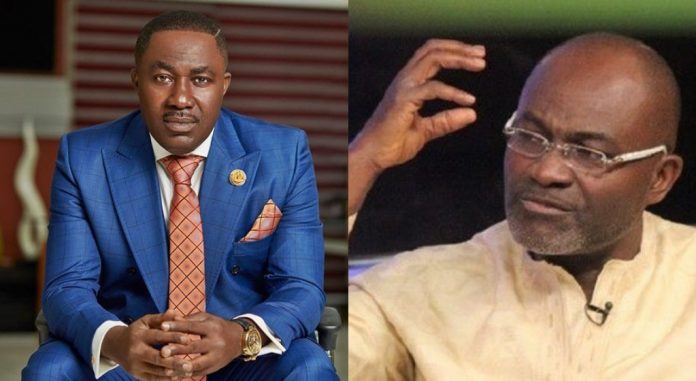 Member of Parliament for Assin Central Mr. Kennedy Agyapong has revealed the mind behind ‘ Despite’ in millionaire Osei Kwame Despite’s name.

Dr. Osei Kwame Despite is one respected millionaire in Ghana and beyond, gaining his wealth from multiple conglomerate across the world.

The perfect way to refer to the business mogul in Ghana is ‘Despite’ meanwhile he was born Osei Kwame and so the source or cause of the ‘Despite’ remains a mystery to many.

Well, Kennedy Agyapong who is known to be a close pal to the millionaire revealed that Osei Kwame was born into a very poor family and had no chance to gain any formal education.

His dream was to become one of the richest person in Ghana and beyond ‘despite’ his shortcomings.

According to Kennedy Agyapong, Osei Kwame’s slogan was ‘Despite the fact that I didn’t attend school, I will be rich in life’.

Over time, the statement was shortened to a word , ‘Despite’. It became part of his name and has stuck to date. That’s it.

So if you wondering how he got the name, there you have it. Dr. Osei Kwame Despite was determined to make it in life despite the fact that he didn’t attend school.

Kennedy Agyapong made the revelation when he was hosted by Paul Adom-Otchere on ‘Good Evening Ghana’ on Metro on Tuesday 23rd June 2020.