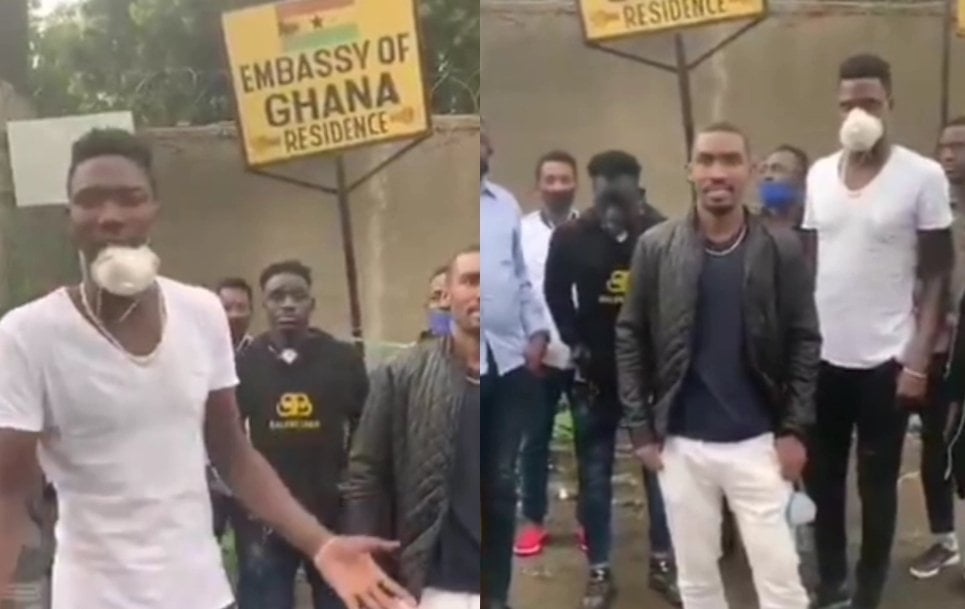 Some stranded Ghanaian footballers in Ethiopia appealed to the government of Ghana to evacuate them.

They revealed that their rent and work permits will be due on June 30, 2020, and they will be thrown out of their apartments after the deadline

Some Ghanaian footballers have made a passionate appeal to the government to evacuate them from Ethiopia.

In the video sighted by Globecalls.com goalkeeper Muntari Tagoe and Lee Addy said the players have squandered all their money since the season was truncated in March 2020.

Muntari stressed that they have return tickets but they needed the help of the government to return to the country.

He further emphasised that their rent and work permits would be due on June 30, 2020, and they will be thrown out of their apartments after the deadline.

World Cup star Lee Addy added that they had engaged the Ghanaian consulate in the country and he had asked them to pay $2,000 (GHC11,534.68) for them to be evacuated on a cargo plane.

The 2019-20 Ethiopian Premier League which started in November 2019 was halted due to the COVID-19 pandemic and the results of matches already held were declared null and void.

The players’ fate is still in their own handa as at the time of this write up as no response has been uttered by the Football governing body or Ghana government.

Advertisement
Related Topics:Muntari
Up Next

Photo: We Are All Humans – Thomas Partey