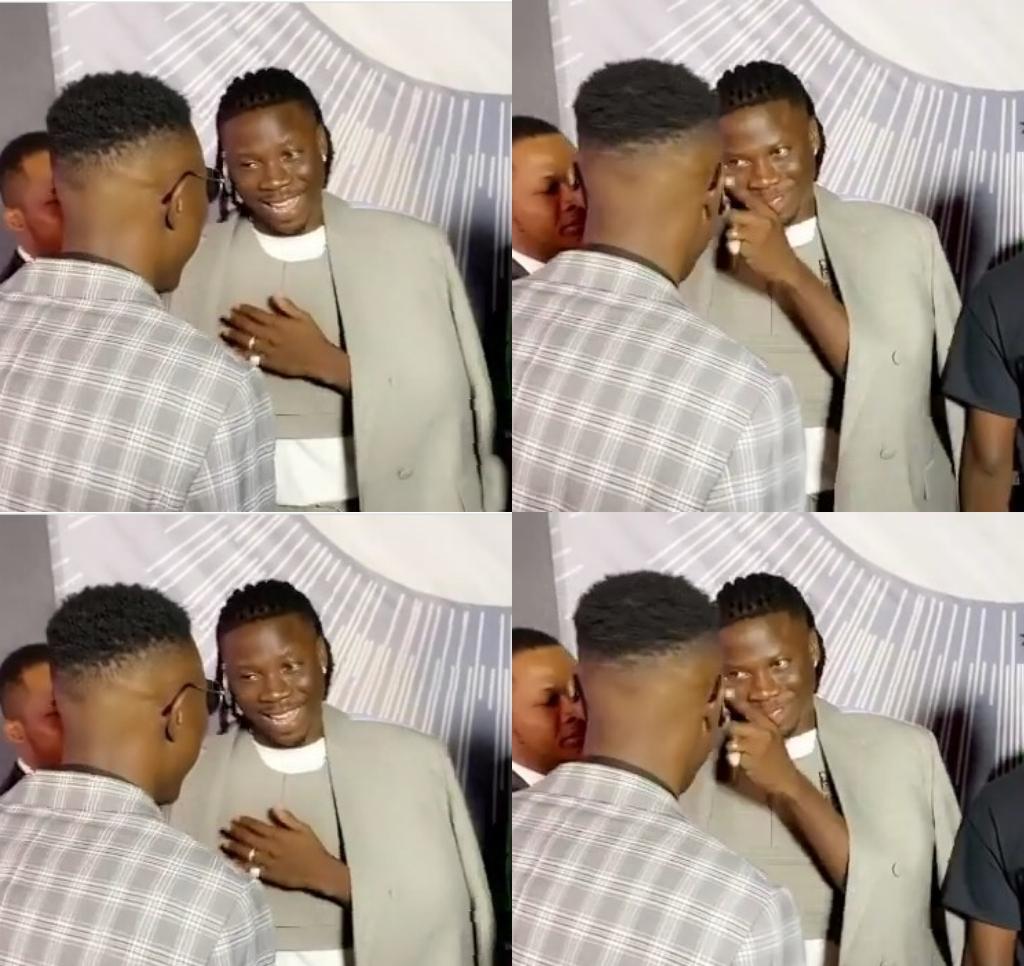 Poverty hitmaker J.Derobie revealed how he felt when he met Stonebwoy for the first time as the artist he always look up to in the music industry.

Derick Obuobie Junior aka J.Derobie made it to his stardom early this year through Mr. Eazi’s emPAWA Africa platform which promote young and hardworking artists who are looking for resources to break into the music industry.

J.Derobie’s poverty got Eazi’s attention among other artists across the continent. He got a lot of push from artists such as Popcaan after breaking into the music scene.

In his latest revelation, J.Derobie revealed he has never met Stonebwoy vis-a-vis since breaking into stardom. He explained his feeling after meeting Stonebwoy for the first time at the recent MVAs. He can’t believe shaking hands with someone he only sees on TV for the first time.

He wrote ” Guess what , l just met one of the greatest artists l look up to in our music industry a while ago, for the first time, and the feeling was like, ‘ am l really shaking 1GAD? Damn! The feeling was so unexplainable, am so glad meeting you stonebwoy.