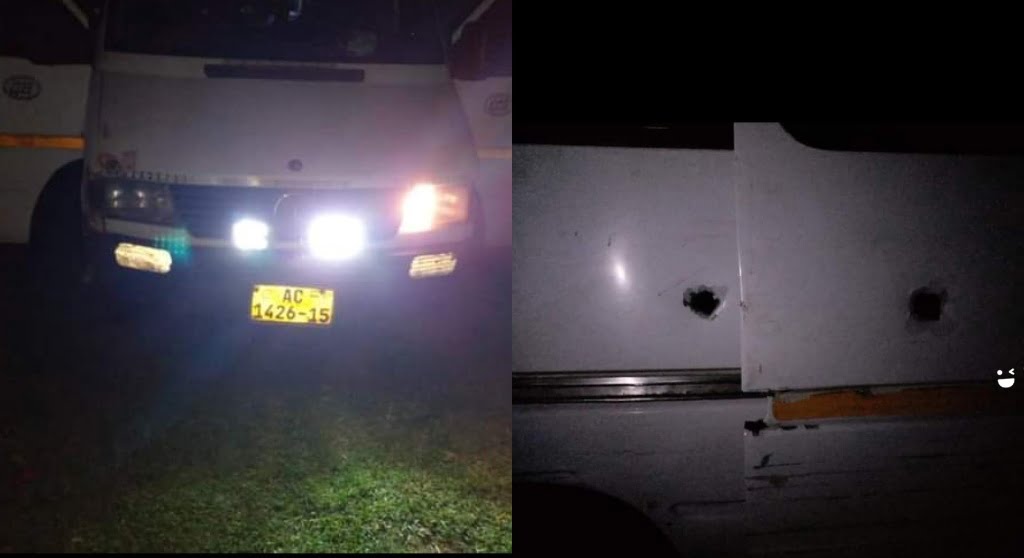 One major road that runs and lead through Afram Plains in the Eastern region has witnessed yet another dreaded robbery attack on some market women and peasants.

This major road which leads from Ekye to Agordeke in the region has been on the list of roads to be constructed for the past decade with different excuses from past and the current government, hence yet to see any facelifting. And that has made the road a den of robbery and all vices at night.

The latest was Friday 13th august where some men disguised as Fulani herdsmen used two motorbikes to block the road, armed with machetes and guns, robbed many and shot a woman on that lane in the late hours of the day.

Whereas there was only a casualty of no death on this episode of robbery, many have costs lives and properties since the nature of the road went bad to worst. And the injured woman whose identity is yet unknown is currently receiving treatment at Presbyterian Hospital at Donkorkrom.