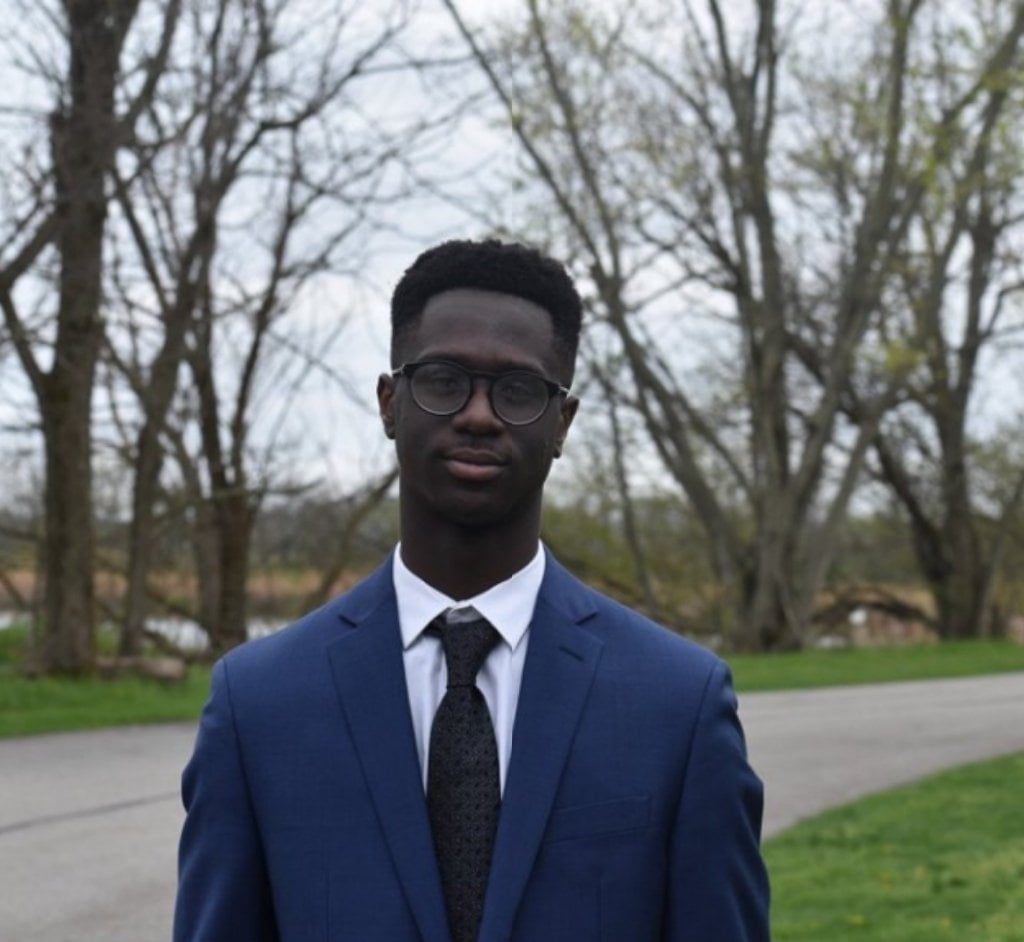 Kyle Ayisi, a Ghanaian-American teenager, has every right to be in a celebratory mood, after being accepted into 14 colleges and universities in the United States, including five Ivy League Schools.

Some of the schools Ayisi gained admission into were Princeton, Columbia, Yale, Harvard, University of Pennsylvania, University of Chicago, Washington University, Johns Hopkins and Vanderbilt.

Ayisi, a graduate of Pickerington, applied to 14 colleges and universities and was accepted to all of them.

“I’ve just been raised to always work hard, and to work towards my goals,” Fox28 quoted the Ghanaian as saying. “So, I set my goals very early in my life and I worked toward them.”

With plans to enroll at Princeton University, he said he was “looking kind of toward cognitive science, neuroscience, that area, I’m interested in how the brain works and how the brain functions.”

Ayisi, who is the student council president, member of the Pickerington Central Marching Band, and participates in volleyball and track is readying for his AP Calc exam, despite his flamboyant achievement.

In an interview last year with city scene, the Ghanaian teenager spoke about his interest in neuroscience and how it all began. According to him, it was a few years earlier after participating in an MD Camp at The Ohio State University College of Medicine. The camp is designed for young, minority scholars with an interest in medicine.

“I did a little bit of research after (attending camp) on why we do the things we do and it just fascinates me,” Ayisi told the outlet. “Sometimes our own minds can fail us. I’m just interested in learning to the fullest extent what we, as humans, have in our heads.”

Njeri-Wambu, whose parents immigrated to the United States from Kenya, graduated from Norco High in Norco, California. She shared her excitement with the African Warrior Magazine following her incredible feat, noting she is excited about studying computer science in college to become a software engineer, hoping to develop platforms for people to share experiences.