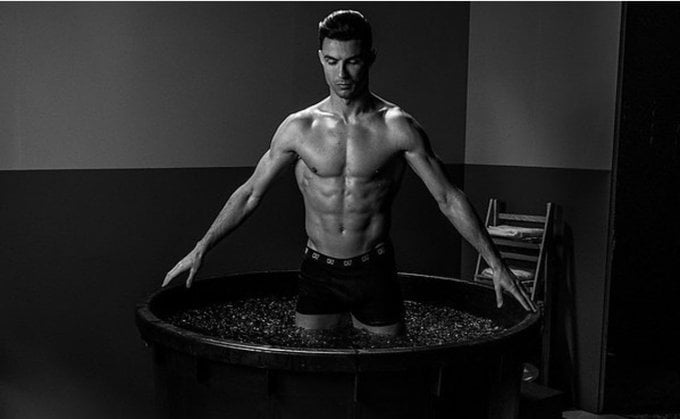 Portugal and Juventus player Cristiano Ronaldo has named the only potential player who can over-do what he and his rival Lionel Messi had done in football.

In a tweet making waves currently, CR7 mentioned Kylian Mbappe as the future after hailing his skills and speed on the ball.

Paris-Saint-Germain star Kylian Mbappe is one of the fastest rising youngsters in the world considering his age, achievements and the club he currently plays for. At the age of 21, Kylian Mbappe can happily hit his chest that he is a World Cup winner having done it with France at the 2018 championship in Russia.

In fact, Kylian Mbappe showed superb class of football for France at the championship where he scored some brilliant goals. Since he joined Paris-Saint-Germain from Monaco, Kylian Mbappe has been proving himself to be a worthy man for the French club.

He has made the absence of Brazilian superstar Neymar whose career at the French side is currently suffering from injuries, not to be felt by the club.

🗣Cristiano Ronaldo On Mbappé:
"He's a fantastic player, very fast, he will be the future!" pic.twitter.com/qg6G1noehP

Kylian Mbappe has netted 84 times in 116 games since joining the club, winning two league one titles so far.

While he was growing up, Kylian Mbappe brightened his room in France with pictures of Cristiano Ronaldo which meant that the Portuguese was his legend.

His fantasy about meeting Cristiano Ronaldo in the end came to satisfaction when the two of them met in the Champions League between Real Madrid and Paris-Saint-Germain. Ronaldo also had the same growing career with Kylian Mbappe after he was giving the opportunity at Manchester United by Alex Ferguson at 18 years old.

Today, the Portugal player is a pleased champ of five Ballon d’Or awards. Presently, the Juventus forward accepts 21-year-old Mbappe is the present and future of football.

In some other news, Nigerian songjay WiZkid has declared his much anticipated album ready. Read here.

Advertisement
Related Topics:CR7Mbappe
Up Next