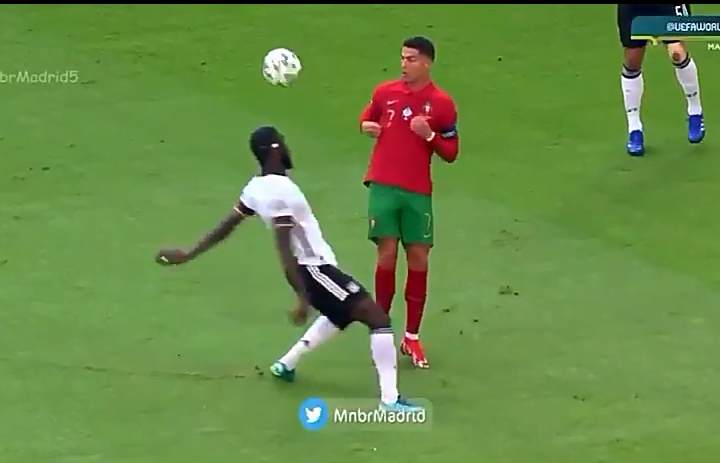 Cristiano Ronaldo’s flick over the wandering head of Antonio Rudiger was certainly one of the key highlights of the game between Portugal and Germany at the Euros 2020.

The arrogance Ronaldo used to pick the ball over Rudiger’s frame and also the expression he made with his hands before giving a pass with his heel to his teammate is something the Chelsea defender would not love to watch again.

In the game against Germany, Ronaldo did not only score the first goal by sprinting from his goal area to Germany’s goal area within 10 seconds but also taught Rudiger a bitter lesson.

At halftime, Germany is leading Portugal by 2-1 but the Ronaldo skill that he exhibited by using Rudiger as the scapegoat is wonderful and certainly unforgettable.