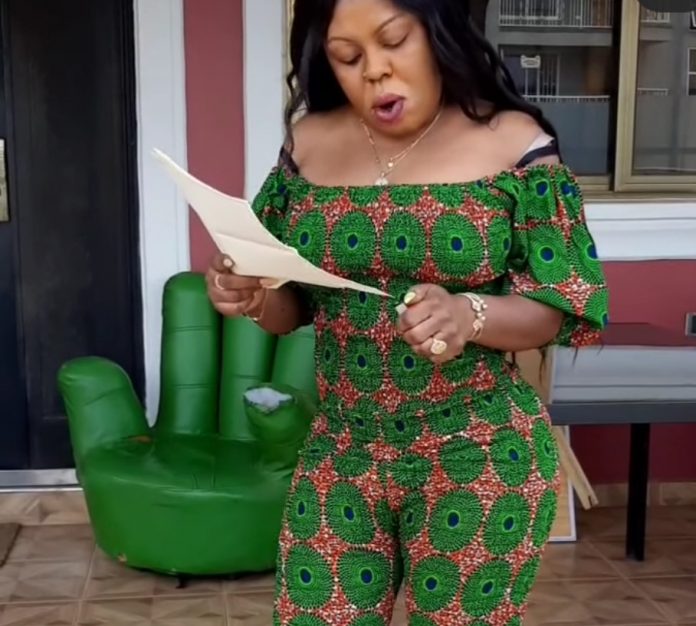 Controversial TV personality and actress Afia Schwarzenegger has been reported arrested and she is currently in Police custody.

According to Ghpage, her arrest followed a social media rant against one business mogul who is yet to surface.

She was arrested on the grounds of defaming the businessman among other charges. Perhaps false accusation.

To doubters who may see this as a joke, see the writ and watch the video below; 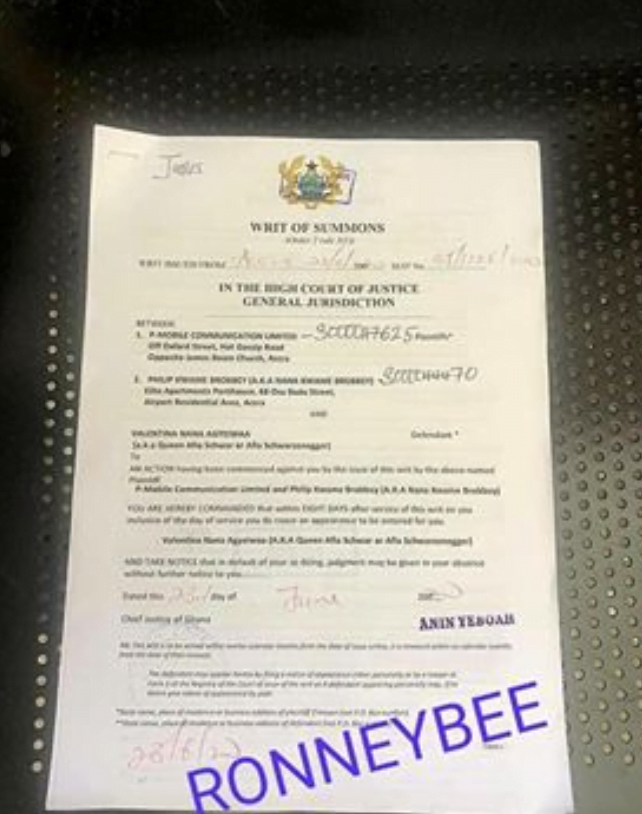 More info on this development soon.