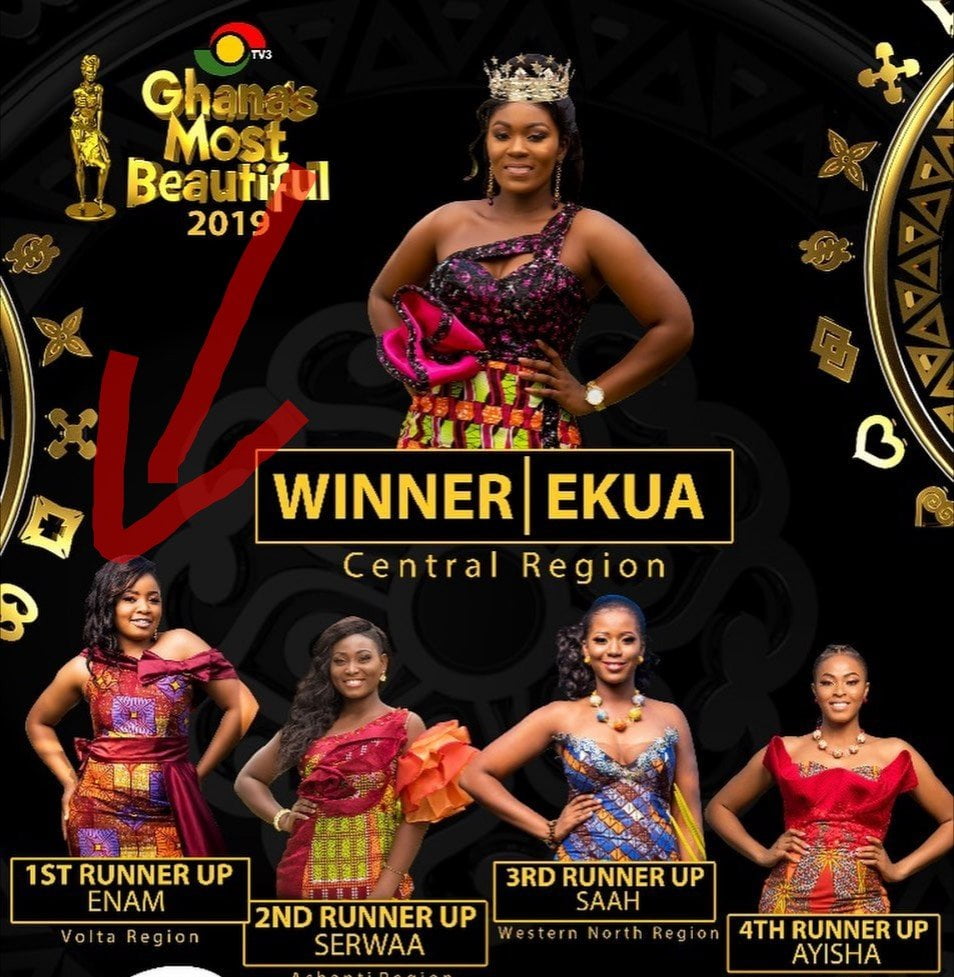 Enam the Volta Region representative for this year’s Ghana Most Beautiful couldn’t walk away with the ultimate prize despite being most people’s favourite in the competition.

Enam with other contestants have had a 13 weeks intense combat for the GMB crown which comes with a cash prize and other good deals. She, according to fans and enthusiasts, has been consistent through the 13 weeks of competition with good performances.

Enam made it to the final round with 4 other contestants from other regions but failed to clinge the crown as Ekua Mends Bannerman of Ashanti Region was awarded as the best.

The declaration receive an uproar from Enam supporters, who think she has been cheated whilst Ekua supporters hailed the judges for passing a good declaration.

There are claims that the votes collected at the time of the declaration shows Enam as the winner but things turned out different from the look of the judges.

Do You Know The Most Searched Female Personality In Nigeria?