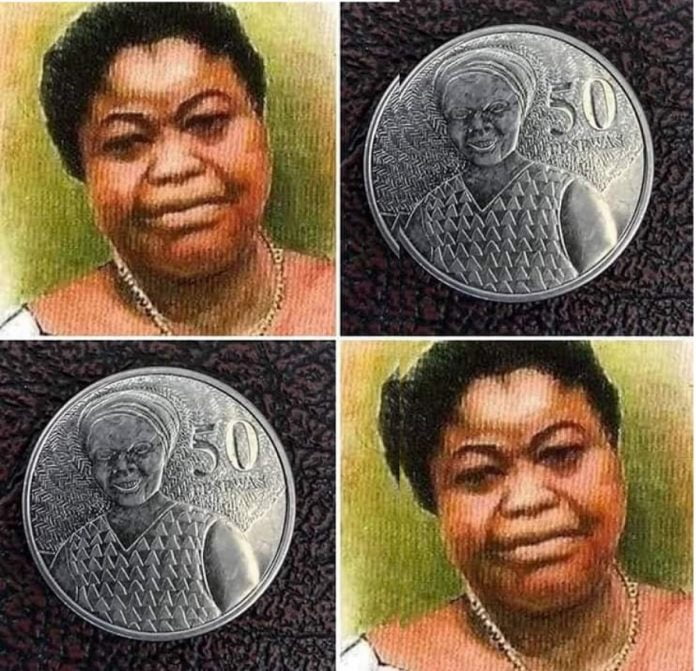 Just surfing the internet, l came across this interesting article that seems to be a little history behind the woman whose face is minted on the 50p coin.

You might had been one those defenders of the iconic lady as Yaa Asantewaa’s sister during your childhood. Lol. 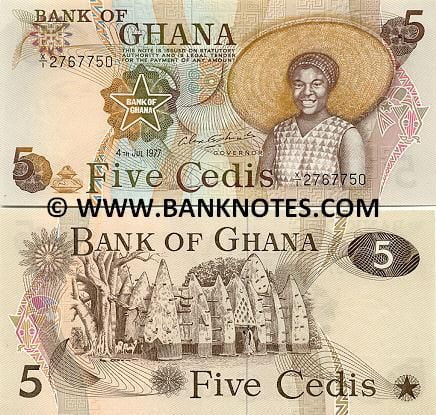 Read her short biography below:

Rebecca Naa Dedei Aryeetey, 1923 to 22nd June 1961, was a Ghanaian Businesswoman, Political Activist and a feminist. She was popularly known for her flour business in Ghana and was very wealthy.

Naa was a very close friend of Nkrumah, very popular and was the Chief Financier Of Nkrumah’s Party. Naa campaigned and supported Nkrumah against her own Kinsman, Odartey Lamptey and as such, generated more haters for herself.
She mobilized all the market women at Accra and they voted massively for Nkrumah. She died during a trip with Kwame Nkrumah through food poisoning.

She died childlessly at age 38. Naa invested all she has in the CPP party. She brought the idea of bringing doubled-decker transport Buses to Accra with the help of an American friend. That’s why those buses were named after her “Auntie Dedei”.

Naa was honoured and she was placed on Ghana’s 50 pesewas coin!! – Author unknown

This article has no trusted source or writer as seen above, making quite a ‘fairy tale’ but anyways, you know a little about the hat-woman on the 50p coin. 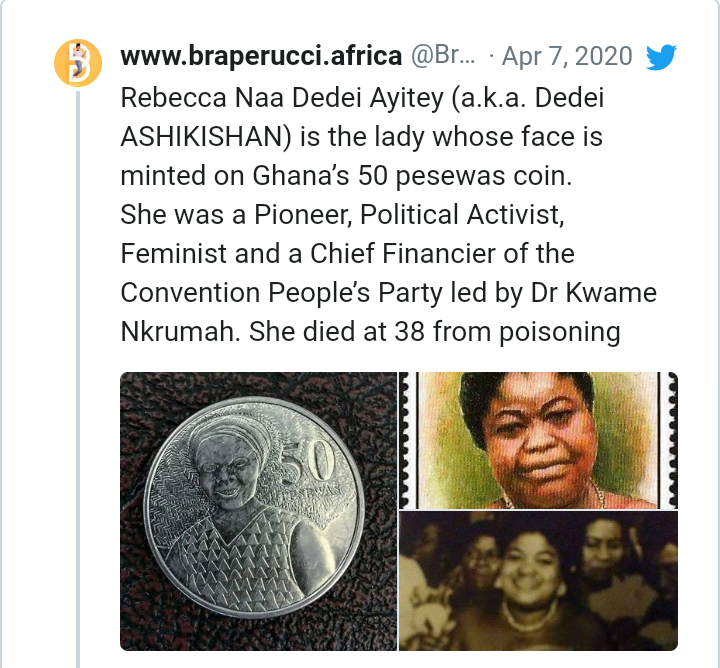 Ghana Stops Issuing Visas, Passports In The US.

Watch: Last Moments Of J.J Rawlings On His Hospital Bed