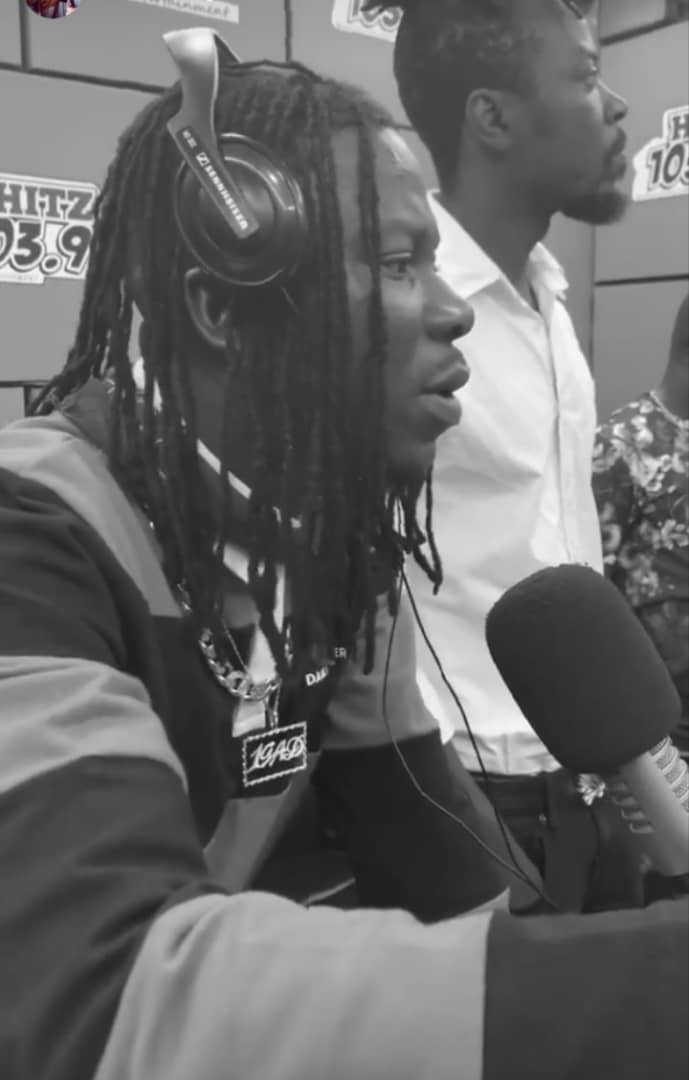 Kwaw Kese and Stonebwoy visited Dr Pounds as part of Dr Pounds birthday celebration only for hails to fall Kwaw Kese about how young he still looks when he is being in the game for long.

It was all merry as the stars stormed the HitzFm studios to wish the presenter a long life and cut cake with him.

During the session, the two stars appreciate the works that the Radio / Tv Host, Dr Pounds has done for them. His support since the Kasahari times up till now that he chose not to sit at home and enjoy his birthday but rather chose to be in the studio promoting Ghanaian music.

According to Stonebwoy, those who did the job of keeping the music industry active uptil now deserve some praises, Kwaw and Dr. Pounds inclusive.

This is a sign of gratefulness on the side of Stonebwoy because coming up, Kwaw was one of those guys who gave him a stepping stone. I could still remember the first Stonebwoy song l heard was No More featured by Kwaw.

As the conversation was getting intense, Kwaw Kese was asked why he is not growing old, as if he can’t answer, Stonebwoy took the chance to celebrate the rapper calling him a legend.