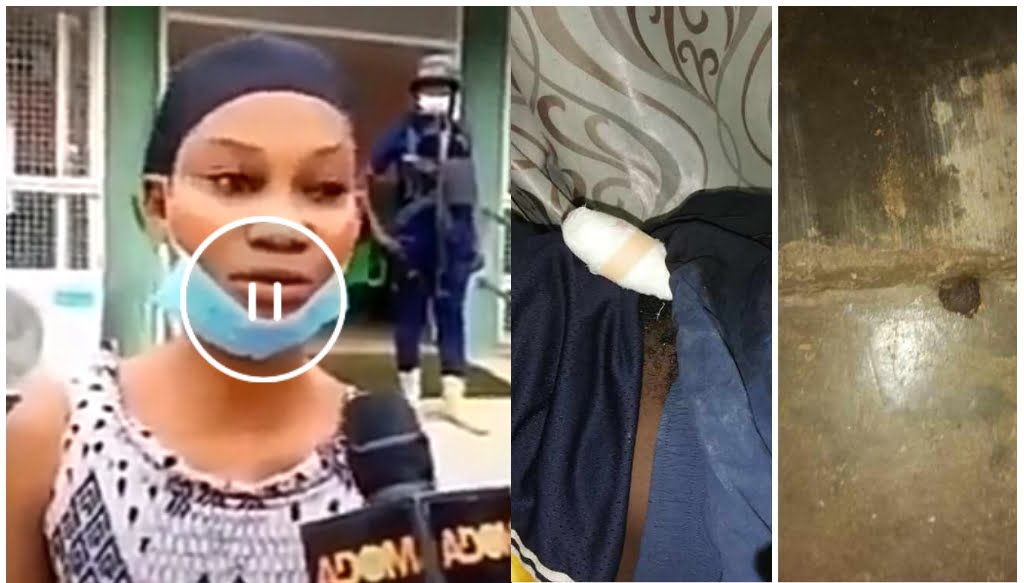 An armed robber has gotten his manhood bitten after he getting pleasure while on the job.

The criminal went to carry out a robbery operation in the room of a 24-year-old beautiful student identified as Juanita at Abompey a suburb of Obuasi.

According to her, around 2am an unknown man suddenly entered her room, drugged her and had s3kx with her.

Then when she woke up, she saw the man with a cutlass and a locally manufactured pistol and took her money, cash the sum of Gh550 and also took her TV set and mobile phone.

The moment he decided to leave the room, he changed his mind and asked her to suck his penis and, in the process, she bit off his penis and the man also bit her back.

Chats: We Can’t Marry If You Still Live In A Family House- Lady Tells Boyfriend

With blooding oozing from his wound, the armed robber ran away leaving the TV Set and mobile phone behind.

The suspect, 23 years old Emmanuel Ankron has been arrested and put under guard watch at the hospital. Crime scene investigators visited the scene where the cut penis was retrieved and sent to the hospital for preservation.

“Around 2:30 AM, I was sleeping and I heard someone hitting my window and the person finally broke into the room, I saw him holding a cutlass. So when I woke up and asked him what he was coming here to do, he responded that he was coming to steal. Before I knew, he reached for my panties and removed them after which he slept with me.

So he took my phone and money. So I pleaded with him to send the things away but he shouldn’t kill me. And he said before he’ll leave, he must go another round again. So he removed his manhood and asked me to lick it. Once the manhood reached my mouth, I bit it very hard and out of pain, he also bit my back. She narrated.