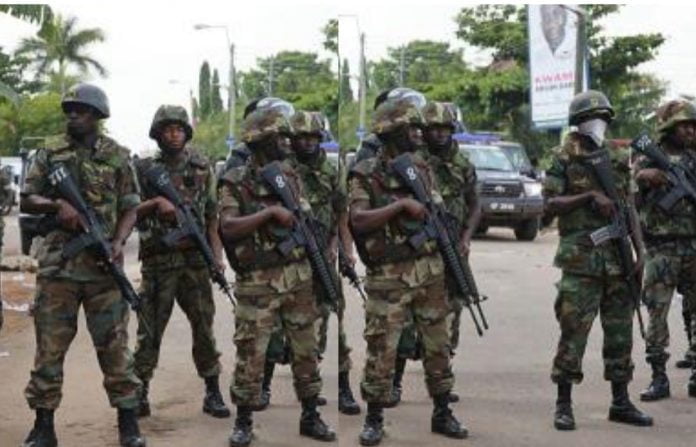 The Ghana Armed Forces has denied mainstream and social media reports of violence and intimidation perpetrated by soldiers stationed in the Volta Region ostensibly to prevent them from fully partaking in the voter registration exercise as false and unfounded.

In a press release sighted by Globecalls.com, dated 22nd July 2020 and signed by Colonel Emmanuel Aggrey-Quashie, Director of Public Relations, the Ghana Armed Forces noted that their independent checks and verifications show that no act of intimidation or violence is being perpetrated on the residents of the Volta Region and that their officers are acting professionally.

“We wish to stress that in the deployment along the country’s borders, troops have conducted themselves with professionalism and maintained a posture of nonviolence and non-intimidation,” the release emphasized.

The opposition National Democratic Congress ( NDC) accusing the government of using the soldiers to make sure fewer voters come out to register in the ongoing voter registration exercise in its stronghold, a move, the NDC, concludes is meant to suppress votes in the region.

But government has refuted the claims, saying that the deployment is part of measures aimed at preventing foreigners from coming into the region as the country battles the novel coronavirus disease. 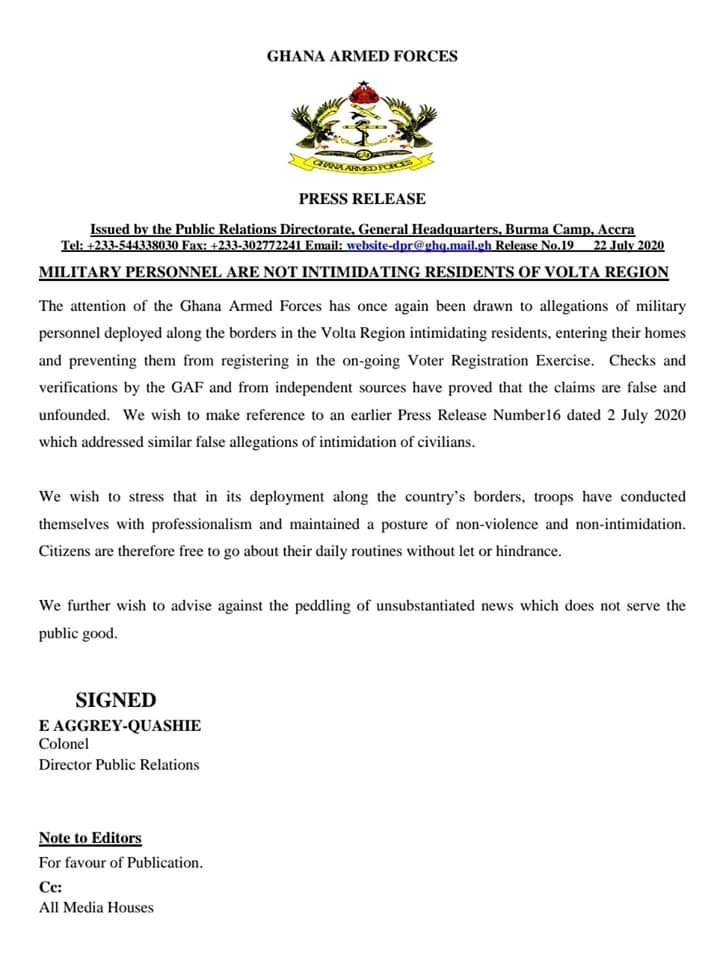