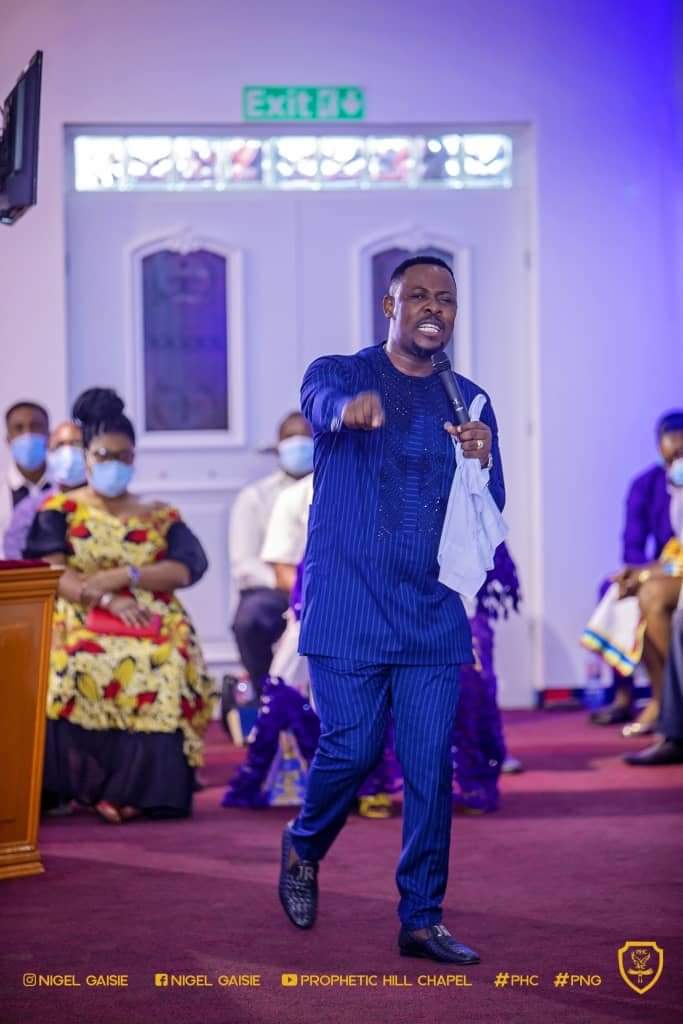 Prophet Nigel Gaisie has professed 10 visions he saw about Ghana that may happen from now into 2021.

Founder and leader of Prophetic Hill Chapel Nigel Gaisie who is believed to  have prophesied the death of late former president Jerry John Rawlings claimed to have seen some misfortunes and fortunes that may befall Ghana.

According to him per the visions, the upcoming December election will be rigged if care is not taken. As there are plans underway the rigging of the election in favor of one political party.

He also listed a number of some other visions that may happen after the election.

1.I saw a SERIOUS CRISIS*IN GHANA POLICE SERVICE SPIRITUALLY….
2.I saw the Country quiet because of an OLD STATE LAWYER FROM THE VOLTA REGION SAYING BYE BYE TO US***(I Am trying my best to reach them behind the curtains*)

3.I Saw France CRYING.
4.There is an AGENDA TO RIG THE ELECTIONS OF 2020…ALL SHOULD BE WATCHFUL**
5.GHANA will be enjoying some great signs of economic relief from March NEXT YEAR.

6.THERE IS AN AGENDA TO FIGHT THE CHURCH IN GHANA AND IF YOU ARE NOT A GRADUATE OR YOU DONT BELONG TO THEIR REQUIRED ASSOCIATION,YOU CANT LEAD A CHURCH, I SAW IT CLEARLY
7.I SAW AGAIN SPIRITUALLY,HOMOSEXULITY IF CARE IS NOT TAKIN**BEING PUSHED INTO OUR MAIN SOCIETY….Let the body of Christ pray.

8.I saw a prophet saying BYE Bye To us….he is above 45years old….(am trying to reach out to them,I will try but lets keep praying))
9.Greater Kumasi Region…I saw in-security from next two weeks*

10.The Opposition MUST GO ALL OUT BECAUSE I SAW MAJORITY SEATS FOR THEM**..(……N.B.All the above Prophcies can be averted by prayer and sacrifices whiles the good ones can also be pushed into realities by same…***i am Nigel Gaisie,I ONLY SEE IN BITS**……*BE CURSED FOREVER IF YOU COME ON MY PAGE TO ABUSE ME,MAY THE OIL ON ME FIGHT YOU FOREVER…MAY MY COVENANTS FIGHT YOU IN JESUS NAME,AMEN **PNG. 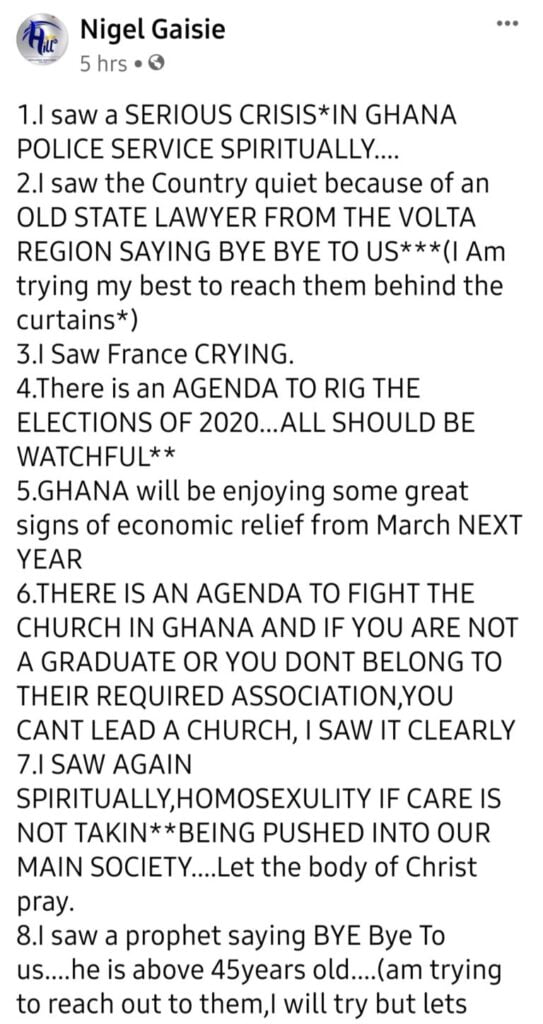