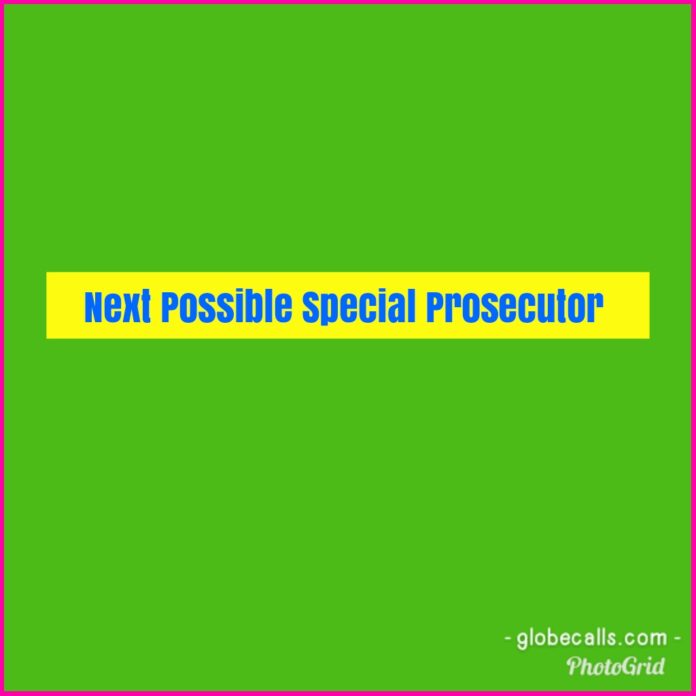 The Special Prosecutor position has become vacant following the resignation of Martin Amidu on Monday, November 16.

This means that the President must, in accordance with the Office of Special Prosecutor Act 2017, Act 959, nominate a new person to be vetted by Parliament for the post.

Mr Ampaw has an impeccable legacy in the legal fraternity. He has over the years championed human rights campaigns and fair justice.

He is known for the instrumental role he played in ensuring that Ghana gets a Right To Information Law to ensure transparency in the utilisation of public resources.

Although he is fully qualified for this position, he is likely to be challenged if eventually his name comes up for consideration because of his role in the election petition hearing in the Supreme Court after the 2012 polls in which he served as one of the lawyers for the then opposition leader and now President Nana Addo Dankwa Akufo-Addo.

If this becomes an issue, he can, however, cite the appointment of Mr Yonny Kulendi as a Supreme Court Justice by President Nana Addo Dankwa Akufo-Addo even when the had been friends and also worked together in the same law firm for years.

If Justice Kulendi is able to work without fear or favour as justice of the apex court with this background, then Mr Ampaw should also be able to work as the Special Prosecutor in spite of his relationship with the president.

Stephen Kwaku Asare is the KPMG Professor of Accounting at the University of Florida where he teaches courses in forensic accounting, financial reporting, attestation, managerial accounting, corporate governance, and controls.

He is a Certified Fraud Examiner and a member of the Florida Bar.

Given his rich background in accounting and also law, he will be able to deal with the issues of financial malfeasance that come before the Special Prosecutor.

Mrs Ofori Kwafo is currently the Board Chair of the Office of the Special Prosecutor. She is an anti-corruption campaigner, working with the Ghana Integrity Initiative (GII).

She has worked on various corruption-related issues and chaired a lot of workshops on corruption relation related topics.

She is fit to be the next SP because she is familiar with the operations of the Office after serving as the Board Chair.

The next person is Mr Kofi Abotsi.

Mr Abotsi is an academic and legal practitioner. He is also the Dean of the Faculty of Law at the University of Professional Studies, Accra (UPSA).

Mr Abotsi was the Dean of the School of Law at the Ghana Institute of Management and Public Administration (GIMPA) from 2014 to 2018 before his appointment at UPSA.

Among his recent feats was his role as Executive Secretary on the Commission of Inquiry into the Ayawaso West Wuogon by-election violence back in 2019.

Anna Bossman is a Ghanaian human rights advocate. She was formerly the director for the Integrity and Anti-Corruption Department of the African Development Bank (AfDB).

In 2017, she was appointed Ghana’s ambassador to France.

After serving as an Assistant State Attorney in Ghana’s Ministry of Justice, Bossman went into private practice, and over the subsequent 25 years would pursue a career in the oil and gas industry and energy sector, working with major international companies including Tenneco in Gabon (where she was the first woman secretary-general of the Gabonese Union of Petroleum Companies), Congo, Cote d’Ivoire, Angola, as well as in Ghana, where in 1996 she founded Bossman Consultancy Limited to provide support to power utilities and energy sectors, international institutions and donor agencies as well as private companies and business investors.

She was Deputy Commissioner of Ghana’s Commission for Human Rights and Administrative Justice (CHRAJ) from 2002 to 2010, where she was appointed Acting Commissioner.

In July 2011, she was employed by the African Development Bank Group as Director of the Integrity and Anti-Corruption Department, in charge of investigations of fraud, corruption and other malpractices.