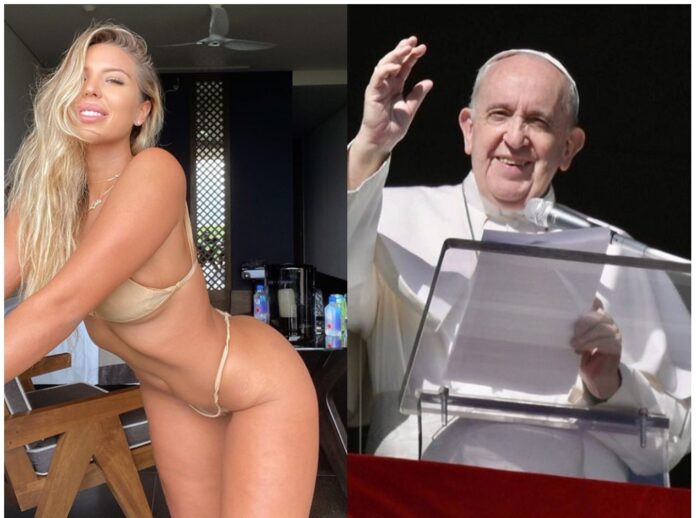 A follower with the sharp lenses exposed the pontiff’s act with a screenshot following the model. 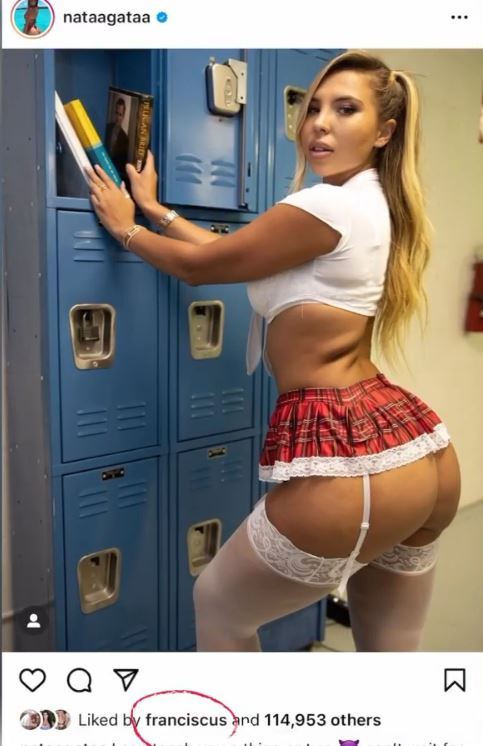 It was shared online and commented on by the model, but the official @franciscus account no longer appears to like the picture.

The image shows the Brazilian model, 27, posing in suspenders and a skirt that barely makes it past her waist.

It is not clear if the post was quickly un-liked by the official Pope’s account over the mistake or if the allegedly captured like is real.

But the apparent “double click” from the head of the Catholic church left the model laughing.

Barstool Sports reports she said “at least I’m going to heaven” after the screenshot was shared.

While some approved of the apparent interaction with the model, with one tweeting “now that’s my kind of Pope Francis”.

Medical Miracle: Lady Woke Up With An Irish Accent After Surgery

China Cocoa Production: A Machine That Processes In The Farm