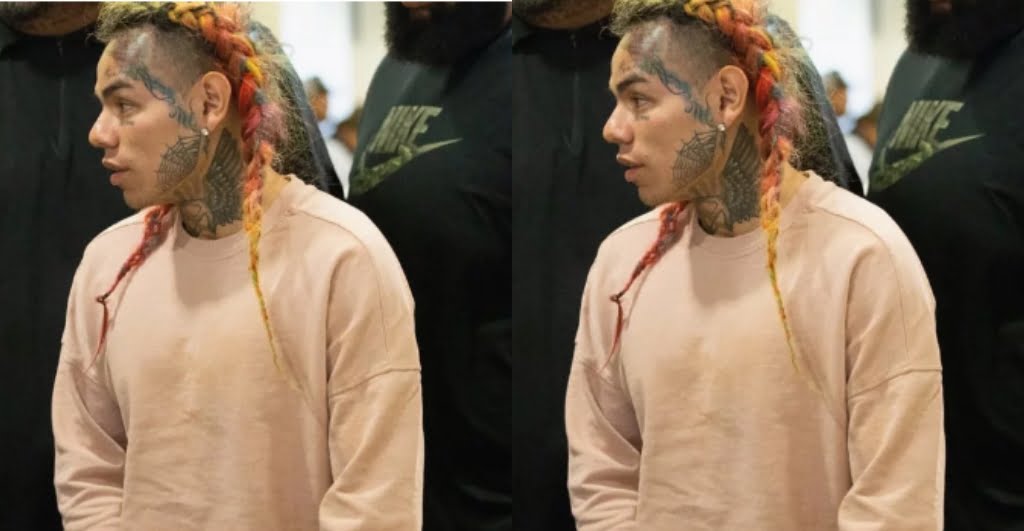 Daniel Hernandez aka Tekashi69 has been given 2 years span to spend in jail after testifying against his Nine Trey Gangsta with whom he rose to fame.

The rapper will also be given 5 years supervised release after the two years in jail. Meaning his movements will be monitored.

Tekashi dropped an emotional letter to the judges before his sentence on Wednesday in Manhattan.

“… It was my choice, l allowed them in and l put myself in that position since day one. Am not a victim”

He claimed that he wanted to ” inspire the youths that it is not too late”.

“Your honour , give me chance to inspire people, not only the people here but everybody everywhere watching and listening”. he said at closing hour.

At the time he is being sentenced, an onlooker who was once shot in the foot by his gang members during an incident, testified against him.

“.. at the end of everything, he is the mastermind. the lady said. I have bruises on me and l have to take care of myself. All l want from him is an apology. It took me a lot to make it here. I want to see him in the face. l want to let him know that he hurt me. He hurt me!!!

In the witness stand, Tekashi revealed his relationship with the Nine Trey Bloods Gang group.

“.. my role was to make hits and support the gang financially, l got the protection and the street credibility and my career“.

However the relationship lasted only for a year as the group splited into two: those with him and those against him. He also recounted how he was robbed and kidnapped by a former gang member for hours with $300,000 and packs of jewelries.

The Brooklyn born rapper claimed to have cooperated with the cops in order to shade more light on the dirty acts of the Trey Gang group after the robbery.

Unfortunately his pleads and petitions were not accepted though some prosecutors urged Judge Paul Engelmayer to show him leniency for his ” sweet” testimony against his former gang group.

In some other news, a boy impregnates his mother while testing a love charm

Ewes In Georgia Raises Fund Towards Developmental Projects In Ghana.

Another Fire In GRA Office.